One of Sujoy Ghosh’s dream projects, a film based on the Japanese novel Devotion of Suspect X has finally gone on floors. The film will feature Kareena Kapoor Khan as the leading lady and the team has already started the shoot schedule in Kalimpong. Recently Kareena has been sharing photos from the sets of the film as the actress preps for the shooting of this suspense thriller. 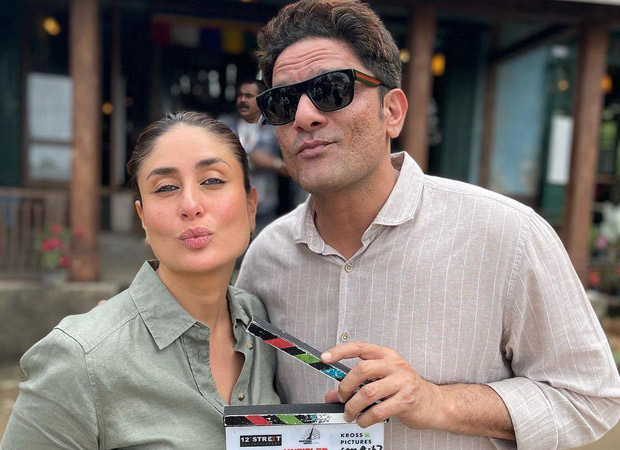 Devotion of Suspect X: Kareena Kapoor Khan gets pouty with co-star Jaideep Ahlawat on the sets of the Sujoy Ghosh directorial

Kareena Kapoor Khan recently shared a photo where she is pouting along with co-star Jaideep Ahlawat as she holds the clapperboard of the film based on Devotion of Suspect X. However, the name of the film is yet to be titled. Besides Jaideep, the film also features Vijay Varma in a key role.

Besides this, Kareena also shared another photo on her Instagram where we can see the actress prepping for the shoot, as one of the crew members is styling her hair.

Kareena is super excited for this film as it will also mark her OTT debut.  In an earlier statement the actress had said, “It's one that has all the right ingredients... a great story, a visionary director, and a super talented cast and crew. I’m really looking forward to working with Sujoy, Jaideep, and Vijay. It’s the beginning of an electrifying journey and I can’t wait for audiences worldwide to see this global bestseller book come to life."

Speaking of the film, Devotion of Suspect X is a suspense thriller written by Keigo Higashino. The untitled film, produced by Jay Shewakramani, Akshai Puri, and Thomas Kim along with Sujoy Ghosh will release on Netflix.