Karan Wahi started off his career with the show Remix back in 2004, needless to say, he has come a long way in the industry. From Remix to Dill Mill Gayee, Wahi was quick to build a massive fan base for himself. However, Remix still holds a special place in all our hearts and it had one of the coolest casts that included Raj Singh Arora, Priya Wal, Shweta Gulati, Kunal Karan Kapoor, and Arjun Bijlani among the others. 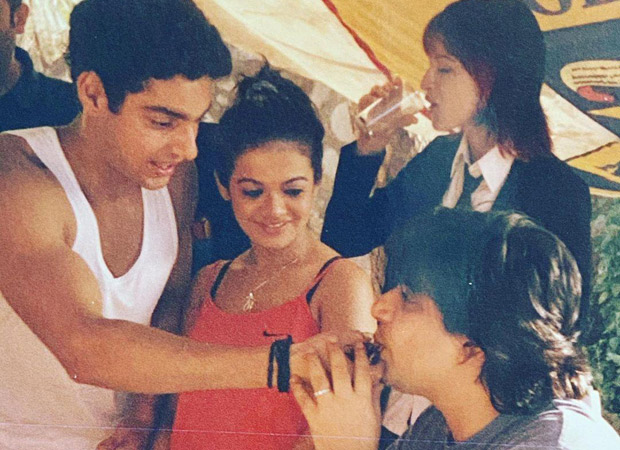 The show is definitely a cult one and as Goldie Behl, the co-producer, turned a year older, Karan Wahi shared a couple of unseen pictures from the sets. The pictures are from when Karan Wahi celebrated his 20th on the sets of the show as he wishes Goldie on his big day. Take a look at the pictures that Karan posted on his Instagram.

These pictures are compelling us to binge-watch Remix once again!