Nora Fatehi sets our Instagram feeds on fire with every outing! Sunday is the day to run errands and Nora is just like us in this arena. 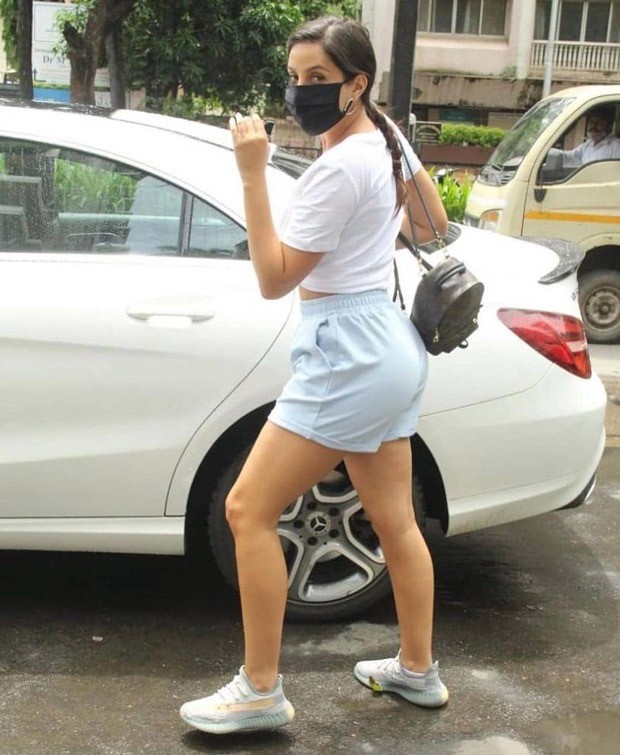 The actress was spotted in and around the city dressed in super casual attire. She was seen wearing a basic white tee that was paired with powder blue cotton shorts. She paired the look with grey Adidas Yeezy trainers worth Rs. 40,000 approx. She completed the look with a mini Louis Vuitton Palm Springs Mini Backpack which costs around $1,990 (Rs. 1,45,270). 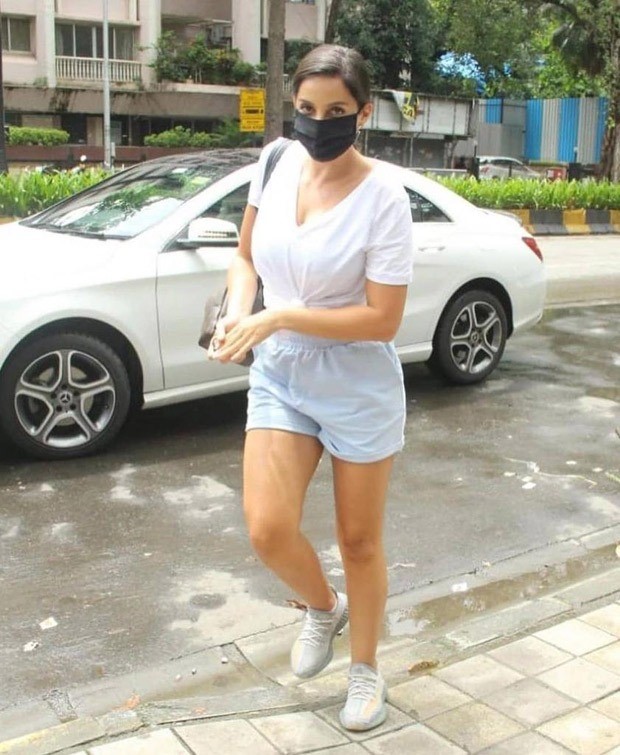 On the work front, she is going to play the role of a spy opposite Ajay Devgn in the upcoming film, Bhuj: The Pride of India. The film also stars Sanjay Dutt, Sonakshi Sinha and Sharad Kelkar in pivotal roles.

Bhuj: The Pride of India is inspired by the 1971 Indo-Pakistan war where the airstrip at Bhuj was destroyed in combat and the brave officer, Vikram Karnik essayed by Ajay Devgn built the Bhuj airport along with 300 women from a nearby village; a move that helped India win the war.

Also Read: Nora Fatehi gets into action mode as a spy in the trailer of Ajay Devgn’s Bhuj: The Pride of India