Well, many actresses recently have been setting prime examples to working women across the country as they continue to work despite being pregnant. There was a time when actresses took sabbaticals after becoming a mother. But now actresses like Kareena Kapoor Khan have returned to work with a bang after having a baby. Following the footsteps is also Neha Dhupia, who has kicked off her renowned show, No Filter With Neha. 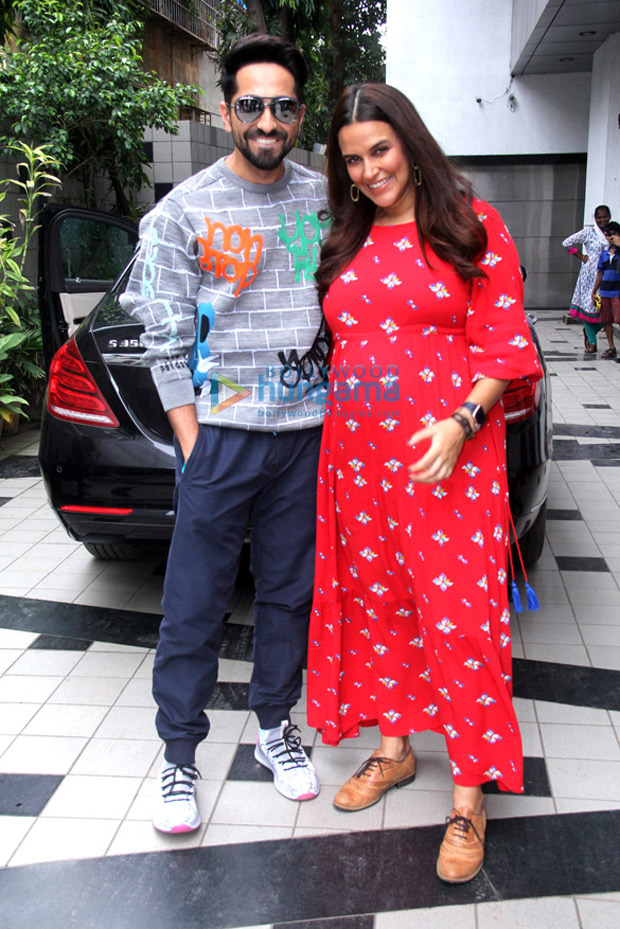 The radio show features celebrities from the film fraternity as their uninhibited and unabashed self. This time around, it seems that Ayushmann Khurrana is the first guest to meet Neha Dhupia and start shooting for the show. Neha Dhupia, who is proudly flaunting her baby bump, seem to be more than happy to work even though she is pregnant.

The actors were super thrilled to kick off the new season of the show and recently were snapped during the shoot of their first episode. Well, as you can see, the former beauty queen Neha Dhupia was more than thrilled to flaunt her baby bump. 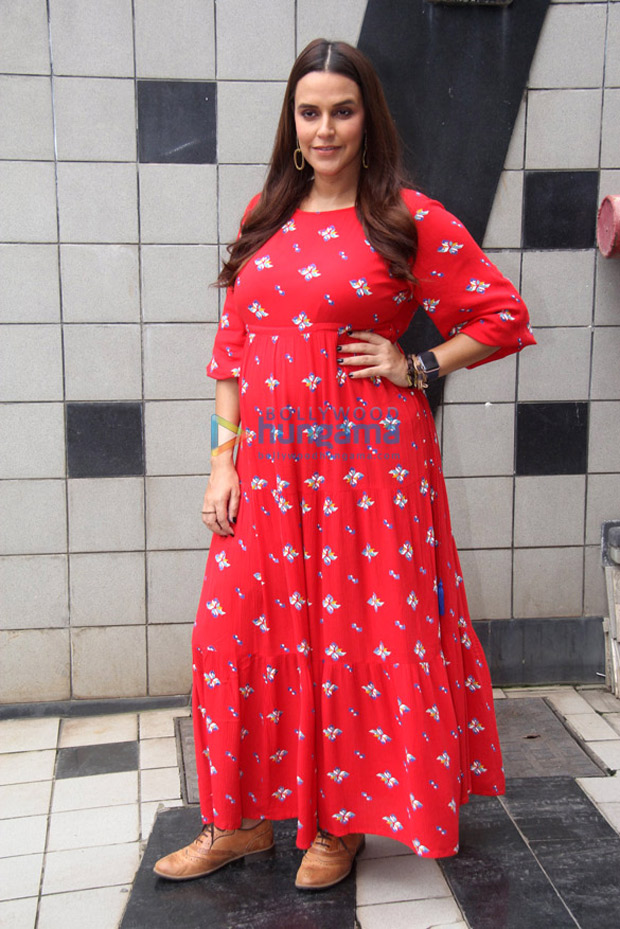 The actress got married in a hush hush marriage earlier this year in May with her best friend and co-actor Angad Bedi. Immediately after their honeymoon pictures were posted online, the Bollywood couple announced about the pregnancy with Neha flaunting her baby bump. Interestingly, after their marriage, there were rumours that the actress was pregnant which the actress and her husband denied.

On the other hand, coming to No Filter with Neha, further details on the new season is yet to be revealed. And it is yet to be seen which actors will make an appearance on the show. We hear that the actress turned host is keen on wrapping up the show before the arrival of her first baby.  As for her films, while she has done some interesting roles in films of late, the actress is yet to speak about her forthcoming Bollywood films.

Anita Hassanandani opens up about conceiving…

Vaani Kapoor heads to Chandigarh for her…