Salman Khan is one hell of a charmer and his popularity is incomparable. The hold he has over masses is amazing and it is interesting to see how crazy his fans throng wherever he goes, supporting him. He is back as a host of a controversial reality show Bigg Boss 12 and we can’t help but get all pumped up for the new season. The organisers, keeping up with the theme of the show, have added an additional twist. The season is titled Vichitra Jodi and it will have couples as well as singles entering the show with Sallu. The show is being launched in Goa as we speak and Salman’s entry gives us all Bhai feels. Dressed in white ganji he came in a speed boat and made masses go crazy as they screamed his name over and over again. Check out the video below. 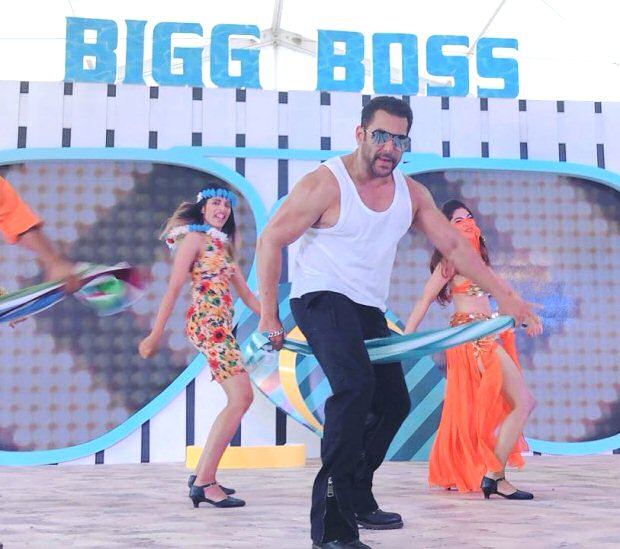 #SalmanKhan does his famous towel dance step at the #BiggBoss12 launch