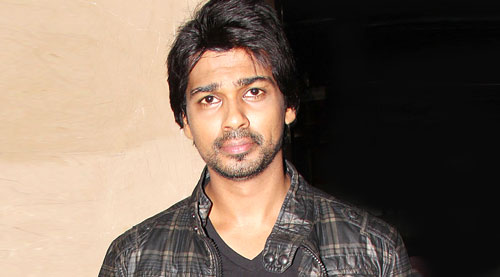 Six years after My Name Is Anthony Gonsalves (2008), Nikhil Dwivedi is returning as a solo lead and a central protagonist in Tamanchey. Though he has gained some good critical acclaim with Raavan and Shor In The City, his newest outing with Richa Chadha is extra special since he has chosen the film after much consideration. For someone who took a conscious call to play selectively instead of picking up anything and everything that came his way, Nikhil is now super excited about Tamanchey, what with even Salman Khan giving it a Thumbs-Up.

After a couple of critically acclaimed performances in Raavan and Shor In the City, you decided to take a sabbatical of sorts. What was going in your mind before making a re-appearance on the big screen?
I have been there trying to do good films like Raavan and Shor in the City; my heart is into interesting work and not anything mediocre. However, the fact of the matter is that you don't start getting ten good scripts in one week. In fact you hardly get one good script in six months. So I decided to wait.

Didn't that turn out to be frustrating?
Frankly, kuch aisa achcha kaam nahi aaya ki mann kiya ho ekdum se karne ke liye. Haan, 8-10 films aayi thi but frankly, if I would have done those films, then they would have been bad affairs only. I chose to say no to them and even it meant a wait, I was okay to do that than step into something that I would regret later. But then on hearing about Tamanchey, I knew it was a good script and if made well it would turn out to be an interesting affair. This is exactly what has happened.

You must be excited about the way Tamanchey has managed to make its presence felt, right?
Yes, it has been a great response. Honestly though, and without trying to sound pompous, we expected a very positive response from the market. Once your promo is ready and people whom you trust give you and honest and true opinion, you know that things are going in the right direction. Not just the promo, we have the same response to the film as well, so now we know we have come up with a good product. The entire team of Tamanchey is quite happy with the final results and we are feeling very positive in general.