While Student Of The Year 2 is the launching platform for star kid Ananya Panday, the film also marks the debut of Tara Sutaria. And here’s a small trivia about this talented newbie. Besides being a popular model and a theatre star, Tara is a fab singer, trained chef and a talented ballet dancer. Yes, she is multifaceted and we have proof of it – a throwback video of the actress showcasing some of her many talents on the reality show Entertainment Ke Liye Kuch Bhi Karega. 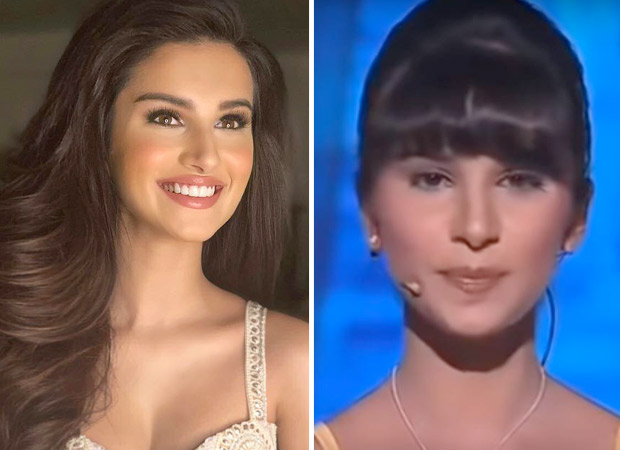 A video of Student Of The Year 2 star Tara Sutaria is doing the rounds on the internet and for all the right reasons! This one sees the aspiring actress showcases two of her many talents on screen which includes singing and dancing. In her musical performance, we see Tara entertaining the audience starting with the song ‘Pal Pal Har Pal’ from the film Lage Raho Munnabhai picturized on Vidya Balan. But it is her effortless switch from a Bollywood song to opera in which she sang ‘Phantom Of The Opera’ that left everyone around her impressed.

Adding to that, she also did a small ballet piece that further left judges Farah Khan and Anu Malik in awe. Both the judges were impressed by the star on Entertainment Ke Liye Kuch Bhi Karega. Anu Malik even asked her to follow the passion that she wants to follow the most. When host Mona Singh asked her which one would that be she had then replied that she would like to be a chef [which she was trained for] and would also like to pursue singing. Here’s a look at the video:

But it seems that eventually Tara Sutaria had completely different interests that her heart was set to follow – acting!

Tara Sutaria and Ananya Panday will play the leading ladies to Tiger Shroff in Student Of The Year 2. The actress will also star alongside Sidharth Malhotra, Riteish Deshmukh and Rakul Preet Singh in Marjaavaan.