Ranbir Kapoor recently arrived on the sets of Dance Deewane Juniors with co-star Vaani Kapoor to promote their upcoming film Shamshera. Now, Neetu Kapoor has taken to her social media to share a video of herself and her son grooving to the popular Shamshera song ‘Ji Huzoor.’ 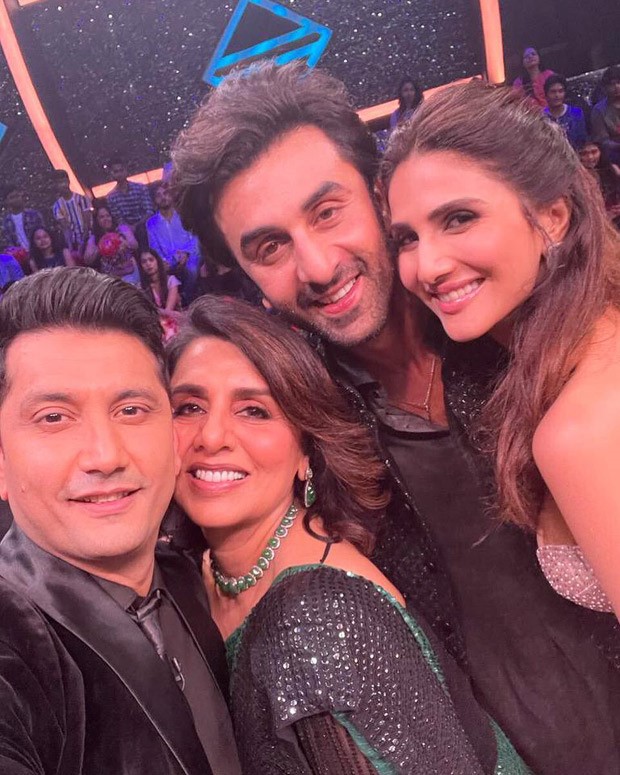 In a video posted by Neetu Kapoor on her Instagram handle, the actress can be seen acing the hook steps of a track from son Ranbir’s film Shamshera. Looking ravishing in a green and black sequined saree, Neetu was joined by Ranbir and Vaani and co-judge Marzi Pestonji, giving a visual treat on the stage together.

Neetu also shared a selfie with Ranbir, Vaani and Marzi. "Shamshera in the house" she captioned the post as they smiled ear to ear in the picture.