South superstar Mahesh Babu’s wife, Namrata Shirodkar, posted a major throwback picture on her Instagram. The former actress played a pivotal role in Aishwarya Rai Bachchan starrer Bride and Prejudice, marking her last film in the industry. She has quit acting and is now enjoying her family life to the core. Her fans are surely gushing over this picture with the entire crew after they wrapped up the film. 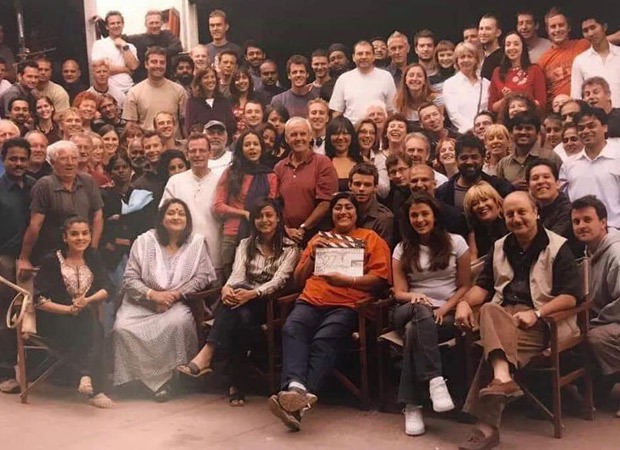 Namrata captioned it as, “This one is special!! My last day on the sets of my last film, Bride & Prejudice!! It was a wrap for our film and the end of a phase for me.!! Was getting home to be married ???????? 3 long months in London with this mammoth cast and crew... Enjoyed every single bit of it ????????!! So many memories attached to this one... @sivan_santosh thanks for sharing this with me ???????? #gratitude #happiness #thosewerethedays @aishwaryaraibachchan_arb @gurinder.chadha @anupampkher @indypindy9 #throwbackthursday”

Apart from the Gurinder Chaddha directorial, Namrata has portrayed multiple characters in the Hindi film industry.

Also Read: “Sitara seems to be a natural-born star”, says Namrata Shirodkar on her daughter dubbing for Frozen 2 in Telugu