Erica Fernandes has been celebrating Christmas in full swing and her Instagram has left her fans in awe of the gorgeous actress. On the sets of Kasautii Zindagii Kay, still carrying the festive mood with her, she turned to actor Namik Paul to become her makeshift Christmas tree. Erica and Namik were earlier seen in Kuch Rang Pyar Ke Aise Bhi and Ek Duje Ke Vaaste, respectively. Even though their shows aired on the same channel during the same time, the fans were keen on seeing these two together in a show. 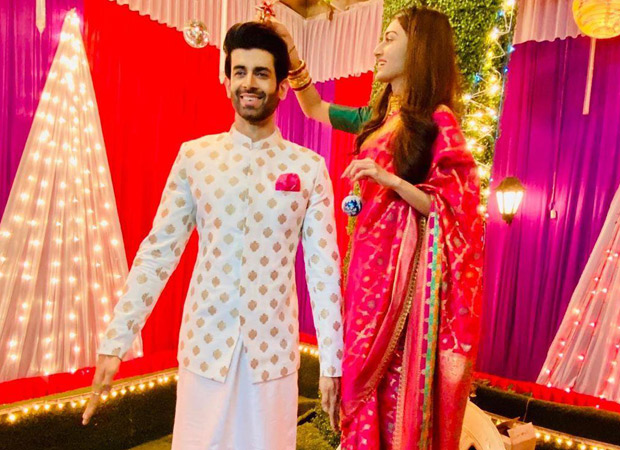 Looks like, their prayers have been answered because there are reports of Namik Paul joining Kasautii Zindagii Kay. Even though the details of his roles have been kept under wraps, the excitement is quite high among their fans. Taking to her Instagram, Erica posted a couple of pictures from the sets of the show where Namik replaced her Christmas tree with the caption, “A lil late in decorating the Christmas tree ???? @namikpaul”

Take a look at the pictures!

A lil late in decorating the Christmas tree ???? @namikpaul

We can’t help but notice the height difference between these two!