After completing Dibakar Banerjee's Sandeep Aur Pinky Faraar, Arjun Kapoor and Parineeti Chopra kick-started shooting Vipul Shah’s Namaste England. The actors have been busy shooting in the heartland of Amritsar this past month.

Arjun Kapoor and Parineeti Chopra were recently shooting for a wedding scene and party scene. Parineeti shared a boomerang video from the sets of the film where she and Arjun were dancing with a bunch of backup dancers. The place was lit keeping club scene in mind. She captioned the video, "Blurred but beautiful!! Song shoooooottt, wooot wooot! @arjunkapoor #NamasteEngland." 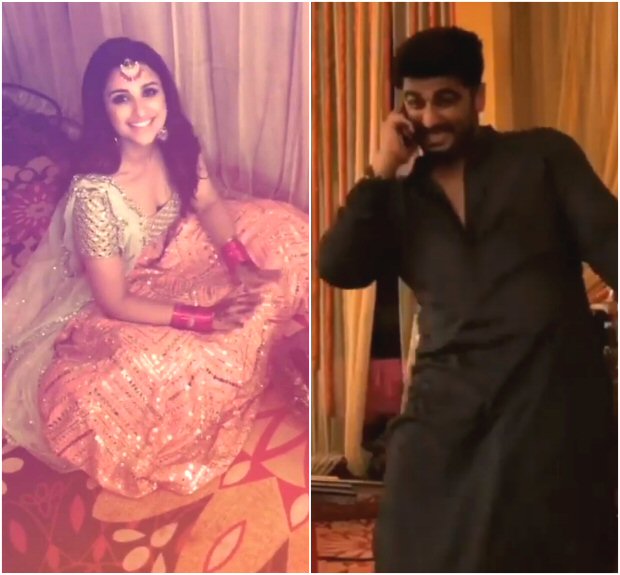 Another set of videos were shared by Parineeti and Arjun via their Instagram stories. It seemed like they were prepping for a wedding scene. She was dressed in a beautiful lehenga and getting henna applied on her hand. Arjun, on the other hand, was seen in a black pathani while goofing around the sets.

Vipul Amrutlal Shah’s Namaste England will be filmed at more than 75 locations across the globe. They are currently shooting the film in Amritsar which will be followed by Ludhiana and Patiala. Namastey England is the next installment Namastey London, which starred superstar Akshay Kumar and Katrina Kaif in pivotal roles.

Meanwhile, Arjun Kapoor will be seen with Parineeti Chopra in Sandeep Aur Pinky Faraar which is slated to release on August 3, 2018.