Ms. Marvel is taking over the internet by storm with each episode focusing on Kamala Khan understanding her cosmic superpowers. Being Marvel Cinematic Universe's first Muslim-Pakistani superhero, the South Asian elements in the series is very evident.  Episode 3 of the series invites viewers to Aamir Khan and Tyesha Hillman’s wedding where one sees delicious food, family moments, and a whole dance number. And the song is the title track from 2009 Shahid Kapoor and Rani Mukerji's film Dil Bole Hadippa. 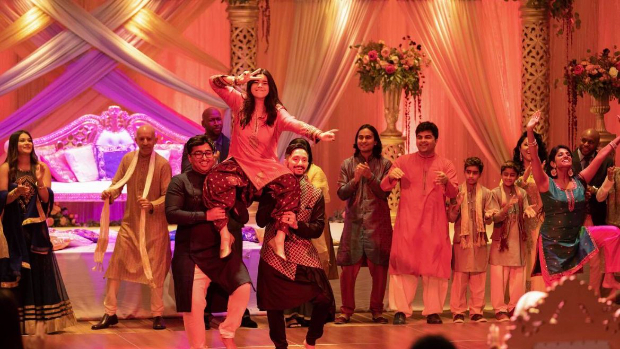 In the video, Iman Vellani, who plays the titular role, is joined by Matt Linz (Bruno), and Yasmeen Fletcher, who plays Kamala’s best friend Nakia, for the dance performance. The episode also featured songs including 'Joote De Do Paise Le Lo' by Lata Mangeshkar and S.P. Balasubrahmanyam from Salman Khan and Madhuri Dixit's Hum Aapke Hain Koun to 'Mehendi Rachnewali' by Sidhant Kapoor.

It's wedding season! ???? Check out this clip from a brand new episode of #MsMarvel, an Original series from Marvel Studios, streaming tomorrow on @DisneyPlus. pic.twitter.com/QQ2WreOvjW

Indian actor Mohan Kapoor, who plays Yusuf Khan, talked to Marvel about the sangeet dance sequence in the series. “It was the scariest thing I've ever done in my life,” he explained. “I come from the land of Bollywood. I'm a part of Bollywood. But in my 30-year career, I have never done a Bollywood dance. I love it, I respect it…but I've never danced.”

Saagar Shaikh, who plays Aamir, added, “It's so typical in a Pakistani wedding that the bride doesn't know that the groom is about to come up and dance. She should always know because it happens every time! At every wedding! But for some reason, it's always a major surprise. That's exactly what we did in the show where Tyesha didn't know that Aamir was going to get up and do his dance. It was so fun. Everybody was just having so much fun.”