What has now happened with Zaira Wasim almost took place with the legendary Mohammed Rafi as well. The secular Rafi, who trained in singing as much with wandering mendicants in undivided Punjab as he did formally with music teachers, was God’s good man in the Hindi film world. Innumerable stories of his humanity, charity and deep goodness of heart enrich music-lore. 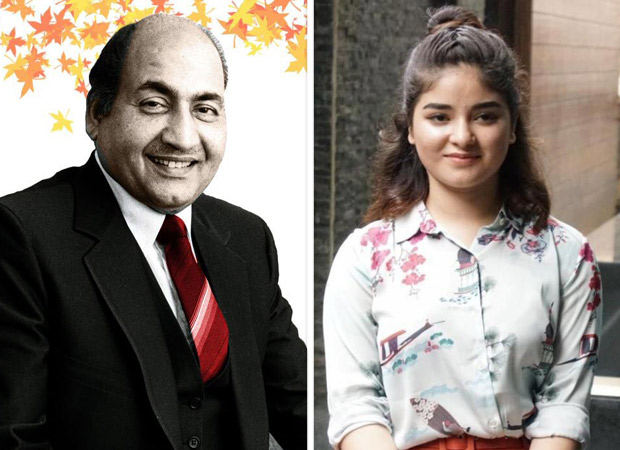 And as we all know, he was as soulful and brilliant at singing Hindu bhajans as at Muslim devotionals and even gurbanis.  The unanimous view was that Rafi was no less than an angel in human form, apart from being Hindi cinema’s most-accomplished, conscientious and effortlessly versatile singer, who ruled from his breakthrough in the mid-1940s until his death in 1980.

Yes, there was a brief semi-eclipse kind of situation in his life between 1970 and 1976, though he paradoxically also sang some of his career-finest songs in that phase (like the iconic ‘Main Jat Yamla Pagal Deewana’ in Pratiggya, ‘Ek Daal Par Tota Bole’ in Chor Machaye Shor and the Binaca Geet Mala topper, ‘Saj Rahi Gali Mera Maa’ in Kunwara Baap), and for big as well as small or new composers.

But the general view was that after S.D. Burman’s Aradhana (in which history has recorded that Kishore Kumar came in only because Rafi was unavailable as he was staging concerts abroad), he was sidelined when Rajesh Khanna became a superstar and came to be identified with Kishore Kumar (who sang three of the five male songs in that film to Rafi’s two).

At a perceptional level came allied factors. R.D. Burman, who had helped out on a song or two in Aradhana, and Rajesh Khanna were friends, and in early 1970, their Rafi-dominated The Train sent the young composer zooming to the forefront. The composer was always oriented towards Kishore, and with their next film together, Kati Patang, they formed a hit team.

As the 1970s progressed, other factors came in. Distributors began clamouring for Kishore Kumar’s voice, and even Rafi-oriented top composers like Laxmikant-Pyarelal and Shankar-Jaikishan besides veterans like Ravi, Madan Mohan, O.P. Nayyar and Chitragupta had to think the Kishore way. So did Kalyanji-Anandji, who loved Mukesh as much as Rafi but who now took to Kishore as a fish takes to water. All these people had worked with Kishore earlier, but now they were also compelled to do so, as also smaller names like Sonik-Omi and Usha Khanna who primarily thought in the Rafi mode. 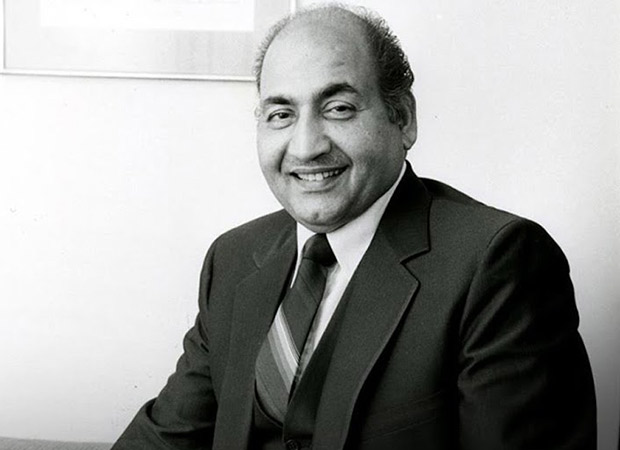 Rafi had also been one of the earliest singers in India to begin doing shows from way back in the 1950s. From the late 1960s, this too peaked, and there would be at least one annual trip to USA, Europe and Canada. Every tour would take six to eight weeks, and no one could wait for any singer that long. This was also an equally likely explanation why his recordings reduced in the early and mid-‘70s.

A top hero once refused to shoot because a song was to be recorded by some other singer since Rafi was leaving for a tour. Rafi had to oblige and learn and record the song before he left for the tour! But such cases were rare.

It is in this scenario that there is another light shed by Rafi’s son Shahid Rafi that reminds us of Zaira Wasim’s situation today.

Shahid Rafi told me once, “God-fearing, almost a farishta, soft-spoken, humble and down-to-earth: the popular perception of my father was completely correct. In fact, the first quality ironically helped spread a common myth – that my father was almost finished after Rajesh Khanna, Kishore Kumar and R.D. Burman became very popular from around 1970!”

Explained Shahid, “In 1970-1971, Rafi-­saab went for Haj, and the maulanas there told him that he was sinning against Allah by singing in films. Being very God-fearing, he was upset and went to London to my brother instead of coming back home. He stayed there for almost six months, thinking of quitting music because he was God-fearing. He continued to be depressed, his morale very low, until my brothers finally told him, ‘Dad, go back! Music is what you were born for. You are no businessman and you cannot work for anyone else!’”

Happily for music and his fans, Rafi heeded his sons and returned to Hindi cinema. He went on to exhibit the acme of his art in hundreds of songs, especially in devotionals like ‘Shirdiwale Sai Baba’ in Amar Akbar Anthony and ‘Madad Kijiye Tajdar-E-Madina’ in Dayar-e-Madina, to finally consolidate his position as Hindi cinema’s most recorded male singer.

Amitabh Bachchan steps out of his house for…