Last Updated 02.12.2021 | 5:57 PM IST
feedback language
follow us on
Bollywood Hungama » News » Bollywood Features News » Mithun Chakraborty seen for the first time since he collapsed on the sets of The Kashmir Files

It was recently reported that veteran actor Mithun Chakraborty collapsed on the sets of The Kashmir Files in Mussoorie due to a terrible bout of food poisoning and the shoot was called off for a day. Filmmaker Vivek Agnihotri began the shooting of The Kashmir Files which stars Anupam Kher in a pivotal role, earlier in November. 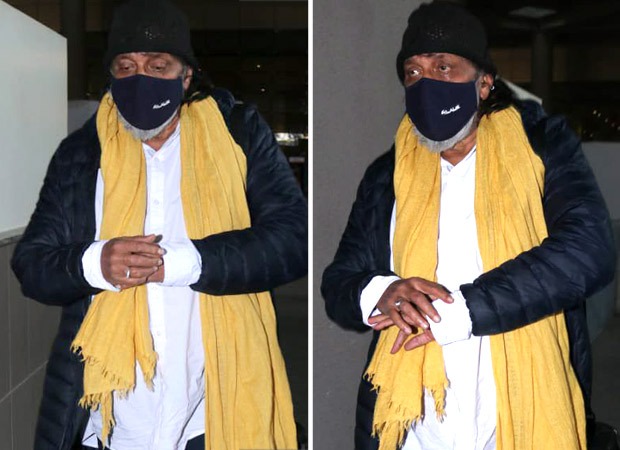 On Thursday night, Mithun Chakraborty was seen at the Mumbai airport. He was completely covered in a jacket and a beanie and was wearing a scarf. It was the first time he was spotted since he collapsed on the sets of the film.

Director Vivek Agnihotri earlier stated, "We were shooting for a big action sequence. Everything was centered around Mithun Chakraborty's character but suddenly he suffered from a bout of infection and it was very bad. No normal person can stand or still in that condition but he went out for some time and came back and finished the entire shoot. In no time, it was so bad I couldn’t imagine anybody shooting in such a condition. But, he went ahead and gave the shot. That is the reason why he has been a superstar. He told me in the last so many years he hasn't fallen sick. He was constantly asking me, “your shooting is not getting halted right?”. I am really, really surprised because I haven't seen anyone in the new generation working so dedicatedly.” 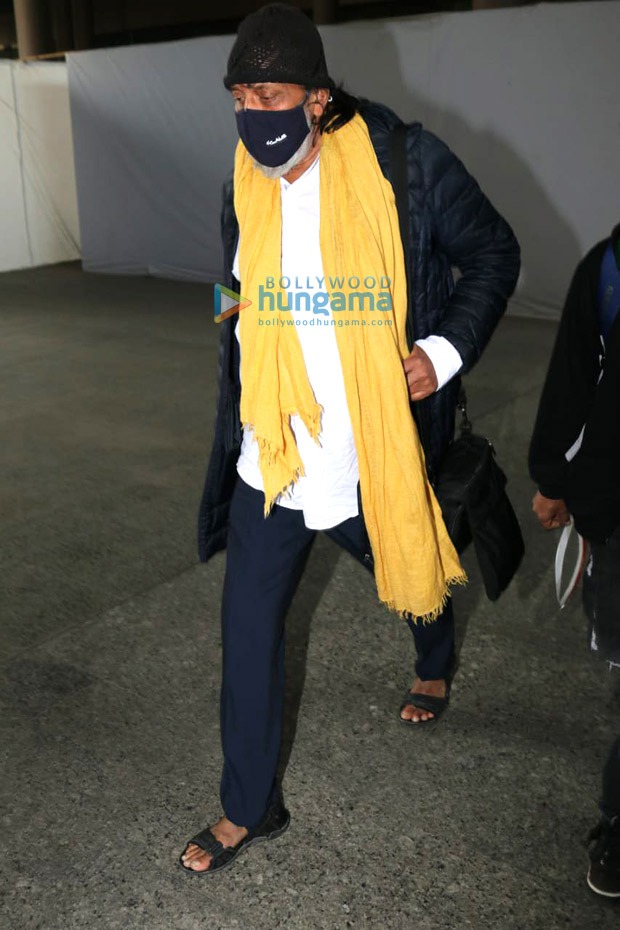 Further, he added, “Mithun Da is the most focused hardworking, and professional actor and that's why he is a superstar. Not only that when we came back for the shoot in the morning, but he also charged everybody with his energy and made sure that everyone is working at a fast speed. Because of that, we could cover the backlog which we had. Actors like Mithun Chakraborty are assets to any unit, crew, and any film.”

Featuring Anupam Kher in a pivotal role, The Kashmir Files is slated to release in 2021.