Latin-music superstar Ozuna hinted at a big collaboration at the 2021 MTV Video Music Awards. He said that he is collaborating with powerhouses BLACKPINK and Megan Thee Stallion alongside DJ Snake for the upcoming project. Now, it is confirmed that Lisa of BLACKPINK will participate in the upcoming single for which the behind-the-scenes shoot video has been unveiled. 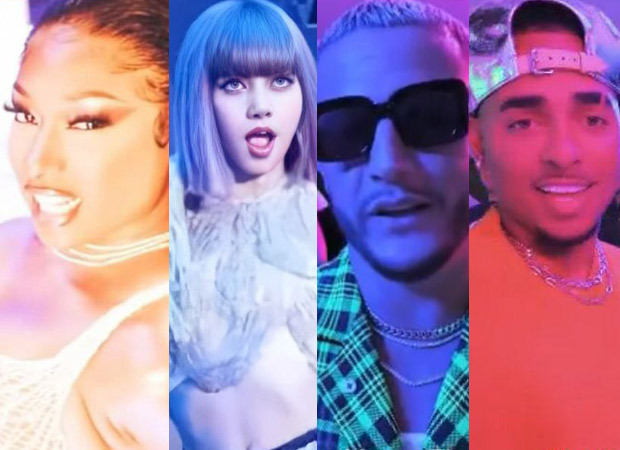 On October 18, DJ Snake shared the video in which he and Ozuna are shooting for the music video. Megan seems to be filming on another set in a shimmery bodysuit and in water. Lisa sparkles in crop top and high-waisted shorts and it seems she filmed it in Seoul. The song comes out on October 22.

Ozuna made his debut at the VMAs back in 2019, when he joined Rosalía for a rendition of their collaboration, ‘Tu x Mi, Yo x Ti.’ That year, he was up in the Best Dance category for ‘Taki Taki,’ the DJ Snake track that featured Ozuna alongside Cardi B and Selena Gomez. In 2020, he was nominated under Best Latin for his hits ‘China’ and ‘Mamacita.’

Lisa made her solo debut in September with the single album Lalisa. Megan Thee Stallion recently collaborated with superstars BTS on the remix of 'Butter.'

ALSO READ: Ozuna hints at collaboration with BLACKPINK, Megan Thee Stallion and DJ Snake for his next project