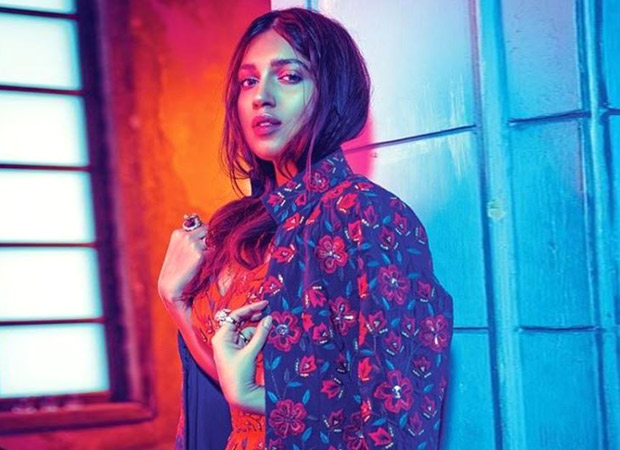 Toilet - Ek Prem Katha is a Superhit and while Akshay Kumar is going through a dream run where he has scored an astonishing five centuries in a row in a matter if less than 20 months, the film's leading lady Bhumi Pednekar too has a lot to celebrate. After all, she is the newest entrant into the Rs. 100 Crore Club and for a girl who started with a sleeper hit Dum Laga Ke Haisha just a couple of years back, it is time to enter the big league now.

So how is she reacting, now that there is a '100 Crore heroine' tag against her name?

"I won't deny, it is indeed very exciting. I get goose-bumps every day. That said, all of it comes with a lot of responsibility as well. Toilet - Ek Prem Katha has worked well due to content and this is what resulted in very good word of mouth. The way film picked up so very well over the weekend and has been doing consistently well ever since is a testimony to that," says Bhumi, "I guess that's going to be the thing in future where films would definitely need to be high on content if they have to make any impact. I feel so lucky that the film is a revolution. 10 years down the line I can proudly say that I was a part of this."

For someone who was overweight not too long ago, Bhumi has seen quite some transition in a matter of just a couple of years. Moreover, she would no more be referred to as a one-film-wonder since there are more and more exciting films coming her way after two back to back successes.

"See, all said and done the only way for any performer to survive is that your film should do well. Toilet - Ek Prem Katha doing well has calmed me down," says Bhumi in a relaxed tone, "Honestly, I was very anxious since this was just my second film and in a way as good as my first film. In Dum Laga Ke Haisha I carried a lot of weight and hence it was a transition for me in the second film. This needed a lot of thought too since I don't come from a film family and don't know whether I am right or wrong. I go by my sensibilities and to see my performance get appreciated is really important for me."

This is what she is keeping in mind, now that a newer crop of films are coming her way.

"I really rack my brains before I sign films," says Bhumi, "Not that all choices of mine would be correct. There may be time when I may not see the kind of success that I expect. I know that Dum Laga Ke Haisha won't be made again or for that matter a Toilet - Ek Prem Katha or a Shubh Mangal Savdhaan can't be made again. In my own way I have left a mark. I choose the kind of films that I like watching. There is certain sensibility that I carry. I have to keep telling the world that I am not a fluke and am here for a long innings."