In a breakthrough performance, the pretty Meera Chopra has finally made an impact as a rape survivor in Ajay Bahl’s Section 375. Meera couldn’t be more relieved. “It’s been a long and difficult wait for me. I was called for an audition to play the rape survivor named Anjali Dangle. When I heard the role I just wanted to grab it. I had to go through five rounds of look tests before the role was offered to me.”

Meera has been struggling to make a place for herself. “It seems like an endless struggle. Just because I look a certain way, I was getting only those kind of roles where I just had to look hot and glamorous. And I kept rejecting them.”

Did Meera have any reservations about playing the rape survivor especially since her character has to deal with many levels of violation? “You know, that’s the reality of the society we’re living in. There is such a huge stigma attached with this crime. Why is a girl shunned when she’s raped? What wrong has she done? In fact rape survivors should be supported so that they can fight their battle confidently. No I had no reservations about playing the rape survivor because I always knew I was in safe hands. Ajay sir (director Ajay Bahl) is extremely sensitive and he’s got a very deep understanding of human psychology. So I knew he would make my journey easier.”

In one sequence Meera’s character is shown being grilled by a doctor about the rape. She still shivers at the humiliation of the rape survivor in the hands of the law. “When I read that scene for the first time I had goose bumps and I felt really angry. Why is this normal procedure of investigation? No weak-hearted person can go through this. Only somebody who is very strong can bare her soul about her predicament over and over again.” 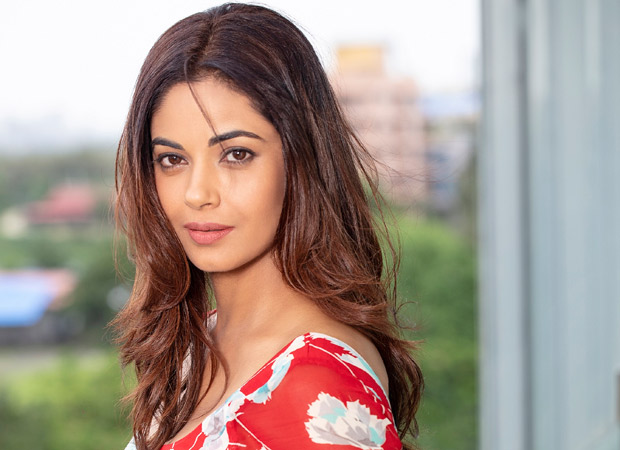 It was not easy for Meera. “It was extremely tough. On a humane level when I think that every girl who is fighting for justice must have gone through this extremely disgusting so-called procedure, I get very agitated. See, right now also talking about it is making me angry.”

As a struggler in Bollywood, Meera has faced her own quota of predatory behaviour.

She admits, “I think every new girl that comes to this industry has faced predatory behaviour. You meet all kinds who will call you for late-night dinners. They will give hints to your manager; they will start harassing you on whatsapp. Even I’ve faced all that. And that is why I was so hell-bent on doing Section 375. I genuinely feel women are not safe in their work environment. There is a huge power-play. It is about-time these predators got scared before approaching women.”

About her cousins Priyanka Chopra and Parineeti Chopra racing ahead of her Meera says, “I really don’t have an answer for this. I don’t belong to any camp here. Neither am I a social butterfly to do my social networking and make contacts which is very important here. It’s been four years in Mumbai now and I still don’t have any friends, so you can imagine!"

But things are looking up for Meera. “I’ve just started shooting for an Amazon show called Kamathipura. It’s on the subject of prostitution. I play a cop who’s solving some murder cases which occur when girls oppose sex slavery. Even Kamathipura is based on real cases.”