After Avengers stars Chris Evans and Mark Ruffalo, Robert Downey Jr, Chris Hemsworth, and Tom Holland have sent endearing messages to a 6-year-old boy who saved his sister from a dog attack recently and recovering from injuries. An Instagram account made by Nikki Walker revealed that how the actors reached out to them after her nephew saved her niece."My nephew is a hero who saved his little sister from an attacking dog. He, himself, took on the attack so that the dog wouldn’t get his sister. He later said, ‘If someone was going to die, I thought it should be me.’” 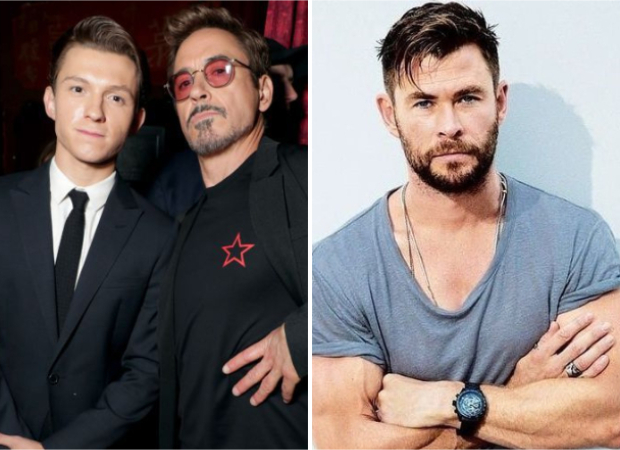 In the video, Downey said, "Bridger, you're a rockstar. My name's Robert Downey Jr., I play 'Tony,' that makes me an old friend of Cap's. I heard he sent a shield your way: I'm going to do one better. You call me on your next birthday, I got something special for you. 'Late. By the way - that's a promise; a promise beats a shield."

*Plays AC/DC to watch this video.* Thank you to @brandondavisbd for all his help in editing. EDIT: I guess I should mention that we just celebrated Bridger’s birthday not too long ago, so it will be a while before we find out what the surprise is.

Bridger's story also reached Spider-Man star Tom Holland. "You are so brave, mate, and we are all so proud of you," Spider-Man actor Tom Holland said. "Your little sister is so lucky to have someone like you. You're just such a brave little kid. It's not easy what you did, mate. You should be so proud of yourself. We're gonna be shooting Spider-Man 3, and if you ever wanna come to set and hang out and see the Spider-Man suit up close and hang out with us, you're always welcome. You'll always be my guest."

Chris Hemsworth, who plays Thor in Marvel Cinematic Universe, also sent in his special video through his Instagram stories and said, "You're an absolute inspiration. Your courage is beyond belief, and we are all so impressed by you," the Thor actor said. "We're thinking of you. I know you're an Avengers fan — and so, myself and all the team, we'd be honoured to have you on the team."

Nikki Walker shared his nephew's story after the incident. “Hey, all. Please, share my nephew’s story so that it gets as much exposure as it can," she wrote on Instagram. "We know that our little hero would love some words of encouragement from his favorite heroes. On July 9th, my six-year-old nephew Bridger saved his little sister’s life by standing between her and a charging dog. After getting bit several times on the face and head, he grabbed his sister’s hand and ran with her to keep her safe. He later said, ‘If someone had to die, I thought it should be me.’ After receiving 90 stitches (give or take) from a skilled plastic surgeon, he’s finally resting at home. We love our brave boy and want all the other superheroes to know about this latest hero who joined their ranks.”