With Avengers: Endgame completing one year since it's release in April, fans bid adieu to some of their favourite superheroes including Robert Downey Jr's Iron Man, Chris Evans' Captain America, and Scarlett Johannson's Black Widow. Though Scarlett will be seen in her standalone project, her character died in the Avengers: Endgame. 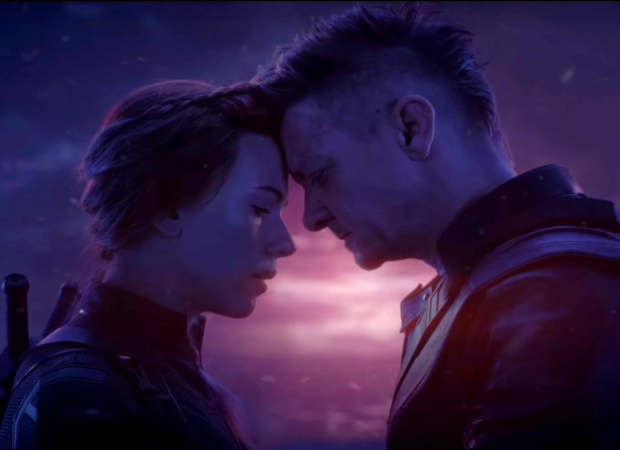 One of the most heartbreaking moments was Natasha Romanoff's death as she sacrificed herself on Vormir to save Jeremy Renner's character Hawkeye. While it was difficult to see an original member of Avengers die, a Marvel fan spotted emotional detail about how the five members came to the terms with her death. 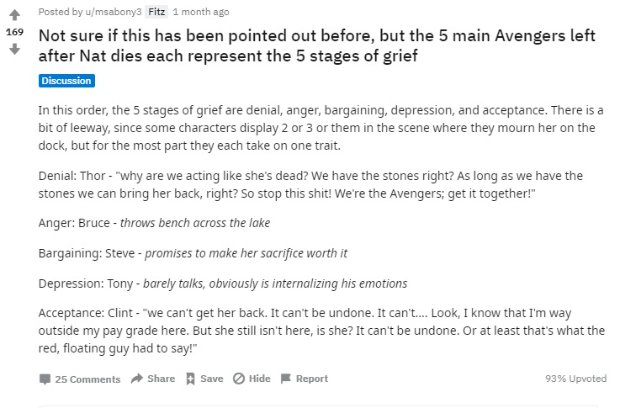 The Reddit user said that each of the members represented five stages of grief: denial, anger, bargaining, depression, and acceptance. Thor representing denial, Bruce feeling the anger, Steve and Tony are bargaining and depression, respectively, and Clint accepting it.

According to Insider, there could be alternatives to it with Tony as acceptance as he did ask others whether she had a family. Chris also could represent depression since he not only worked with her more, he was very emotional about her death. Clint also fits the bargaining stage as he always thought he should have been the one instead of her.

ALSO READ: Chris Evans consulted Robert Downey Jr before taking up the role of Captain America, says it was the best decision he ever made