It's been 15 years since Angelina Jolie and Brad Pitt starrer Mr. & Mrs. Smith released. The espionage-spy flick is easily considered one of the best works. It followed the story of a married couple receiving counseling for their failing marriage only to be surprised to learn that they are assassins belonging to competing agencies and assigned to kill each other. While the film went onto become a huge hit at the box office and the audience loved the smokin' hot chemistry between the lead actors, Angelina Jolie wasn't the first choice for the role of Jane Smith. 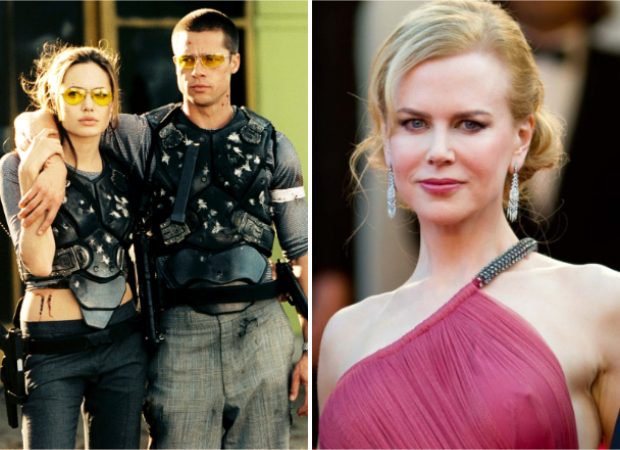 When the production green-lit the project, the earlier casting included Brad Pitt and Nicole Kidman as the leading pair in the action film. Back in 2005, The New York Post wrote a piece about the highly talked about the film and the hoopla around Brad Pitt and Angelina Jolie's rumoured affair ahead of June 10, 2005 release. In the piece, it was revealed that Nicole Kidman had to drop out of the project due to scheduling conflict as she was filming, Stepford Wives. After her, Brad decided to step down as well from the film.

Then, director Doug Liman started putting together a new combination of Hollywood A-listers including Men In Black pair Will Smith and Catherine Zeta-Jones and Johnny Depp and Cate Blanchett. Since neither of the castings panned out, then the makers landed on Angelina Jolie for the project. Once her name was attached to the film, Brad Pitt once again considered the project and was back.

In 2010, Angelina Jolie stated that she and Pitt did inquire about a potential sequel but nothing was in works. Speaking to Vanity Fair, she revealed, “People have tried. And it’s strange: do we have kids in the movie? We’ve thought about that, but it becomes personal now that we actually have kids. And if we work on it, we pull from our own life, which is funny to us, but you feel strange sharing too much. We did ask somebody to look into Mr. & Mrs. to see if they could crack a sequel, but there wasn’t anything original. It was just, Well, they’re going to get married, or they’ve got kids, or they get separated. Never great.”