Rani Mukerji starrer Mardaani 2 is a hit! The much-acclaimed thriller earned lots of praise from critics and audiences alike and has been rock-steady at the box office despite the release of Dabangg 3 and the ongoing CAA protests. The film has so far collected Rs. 40.20 crore nett and the relevant social film has become the talk of the nation as it highlights a major issue of rise in violent crimes committed by juveniles against women in India! 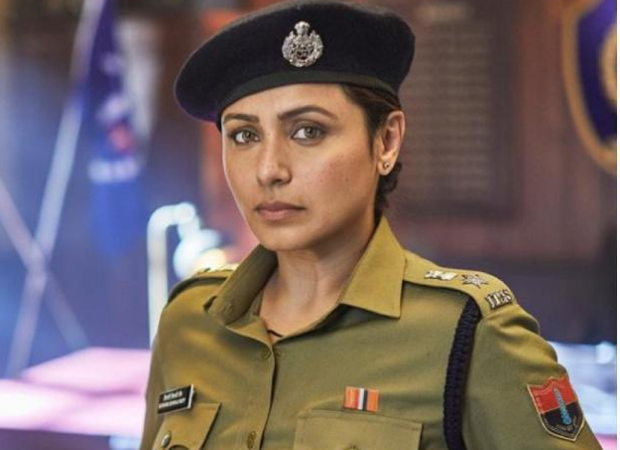 An elated Rani says, “The reason why Mardaani 2’s a success is because the story of our film has connected with audiences and touched their hearts. This is because it deals with the reality of today and deals with what women in our society are facing. We have all read about these issues. As actors, we need the material to be bang on for us to bring it to life on screen and improvise on it to create a character that leaves a lasting impression. For me, the script of Mardaani 2 written by Gopi was incredible. It floored me at the first narration itself.”

Rani says it was ‘extremely risky’ to make Mardaani 2 because it didn’t have any of the trappings of commercial cinema for the audience. However, she is thrilled that the film is a success and congratulates the entire team for sticking to their belief in delivering a clutter-breaking content film!

“If you have a look at it, Mardaani 2 was an extremely risky film to make. It is a dark film. It deals with a social issue. It has no song and dance. In fact, it has no songs! It is without any so-called commercial cinema element. But it’s a hit and it has managed to become a talking point. This is because of the entire team believed in taking a risk to make a film that would challenge these pre-conceived notions of how a Hindi film should be. We only wanted to make a good film that people would want to engage with, that leaves a strong message and we are happy that we have done just that!” says the actress.

Rani says at the heart of the story, Mardaani 2 is about gender inequality and the team has tried to bring out this burning issue to the forefront. The iconic actress says, “It deals with so many things but at the heart of it, the film is about gender inequality. Shivani faces it in her workplace despite being a top-cop and being at the peak of her career. The villain too is driven by the feeling that girls need to be below men and detest women who stand up for themselves. Gopi captured this beautifully in the interview sequence in which Shivani tears into the news channel editor and discusses why parity is of utmost importance between men and women and how far behind women are to realizing this because of society’s myopic viewpoint towards gender parity even in today’s day and age.”

Rani says Mardaani 2 has connected with every audience segment for it to become a hit film. “For me, the script has resonated with youth because of the issue of juvenile crimes. It has connected with women because it shows the issue of gender inequality in the starkest manner and it has also connected with people who would purely love to watch good cinema. I’m proud of Mardaani 2 and I’m equally proud of Gopi that as a man he dealt with the issues that are plaguing the women of our country. It needed sensitivity and a lot of in-depth observation to understand what women go through daily. It’s a brilliant effort from him that needs to be applauded,” Rani says.

ALSO READ: Mardaani 2: Here’s why the makers decided to not include any songs in the Rani Mukerji starrer