Known for his varied initiatives through his VishwaSanthi foundation, Mohanlal has decided to take the social causes that he contributes to, a step ahead. The Malayalam superstar had a meeting with our honorable Prime Minister Narendra Modi recently on the auspicious day of Janmashtami. From what we hear, the actor and the politician discussed varied topics which also included the social initiatives that he is involved in. 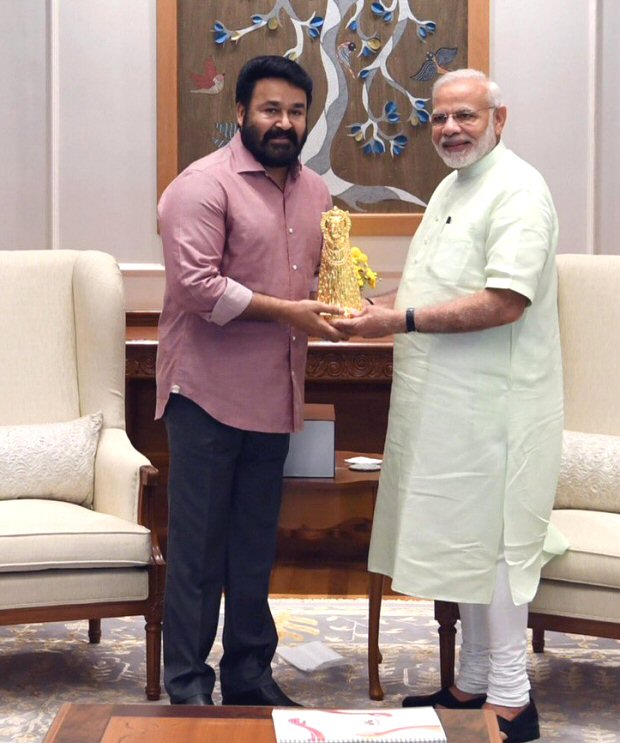 In fact, Mohanlal spoke about his fruitful meeting with Narendra Modi on social media. On his twitter handle, the actor mentioned that not only has the Prime Minister extended his support towards the development of Kerala after the state has been destroyed on a large scale. Besides that, we hear that the politician will also be lending a helping hand to Mohanlal’s ambitious initiative for cancer patients.

Mohanlal said, “He has assured all support and offered to participate in the Global Malayalee Round table that can formulate futuristic solutions for a New Kerala. Hon. PMO India has also appreciated our vision to set up a Cancer Care Centre to cater to the needs of the under-privileged.” On the other hand, honourable Prime Minister Narendra Modi too revealed about meeting Mohanlal on his Twitter handle. He not only appreciated the actor for his humility but also heaped praises on him for the varied social initiatives that he is associated with. 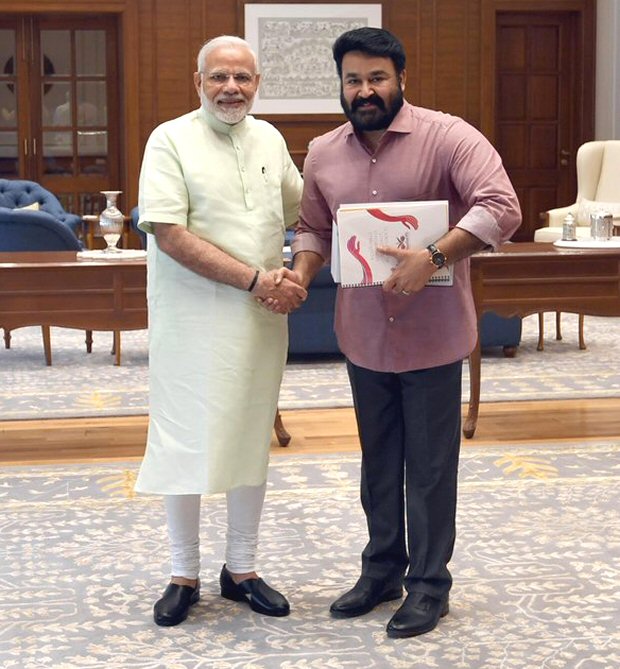 Prime Minister Narendra Modi said, “Yesterday, I had a wonderful meeting with @Mohanlal Ji. His humility is endearing. His wide range of social service initiatives are commendable and extremely inspiring.” To the same, Mohanlal also responded on the same platform:

Felt privileged to have your good self listen to and appreciate my social initiatives. Our gratitude for being with the Govt. of Kerala in these testing times, and for the assurance of sustained support in rebuilding Kerala. Pranaams. Respect https://t.co/CANbxkKCff

Coming to his film projects, Mohanlal will next be seen in the action fantasy drama Odiyan based on the Malayalam folklores of Odiyans, slated to release on October 11. The film also stars Manju Warrier and Prakash Raj in prominent roles. Besides that, the actor is expected to reunite with his Company co-star Vivek Oberoi in Lucifer.

Lata Mangeshkar gets a call from PM Narendra…