As Saif Ali Khan celebrates the success of his recent film Bhoot Police on Disney+ Hotstar, the one advice that the actor would like to give his younger self is to be more centred. In a recent interview with a tabloid, Saif said that he is unafraid to create a mess, whether its now or 30 years back. His advice to his younger self is to just play each role to its maximum entertainment quotient and keep the mind clear because that’s what makes them human. 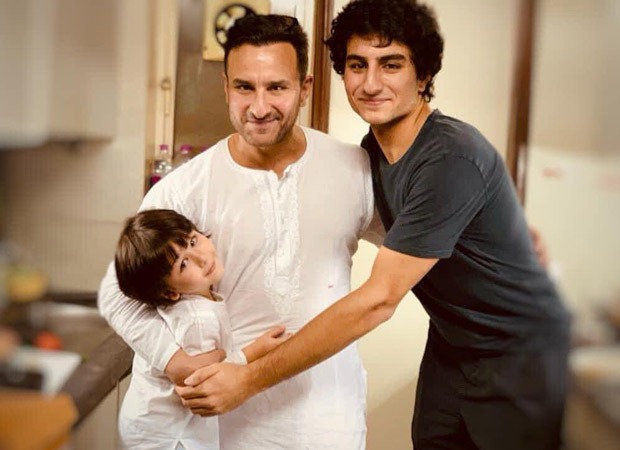 Saif has Sara Ali Khan and Ibrahim Ali Khan with first wife Amrita Singh. He also has sons Taimur and Jeh with wife Kareena Kapoor. While Sara Ali Khan is already a star, but Ibrahim hasn’t announced any plans of joining films yet but he has appeared in few magazines covers and print ads and is said to be interested in a film career.

On being asked about any suggestions Saif would like to give Ibrahim, Taimur or Jeh if they plan to become actors, he said to learn from all the people around you. Try to do good things and make mistakes, he said. He further added that one must contribute to the world they live in and they have chosen to contribute entertainment, so they have to make sure that its entertaining.

As the actor isn’t on any social media platform, he is well aware that Sara is a social media star. Saif called his daughter “cultured, who respects all beliefs” and is also proud that she has managed to find her mark in Bollywood.