Madhuri Dixit Nene is quite active on social media and often interacts with her fans on the internet and even indulges in the latest trends. Her fans recently requested her to give a sneak peek into a day in her life and the actress obliged. She shot a video and uploaded it on her YouTube channel giving a glimpse of what her day looks like. 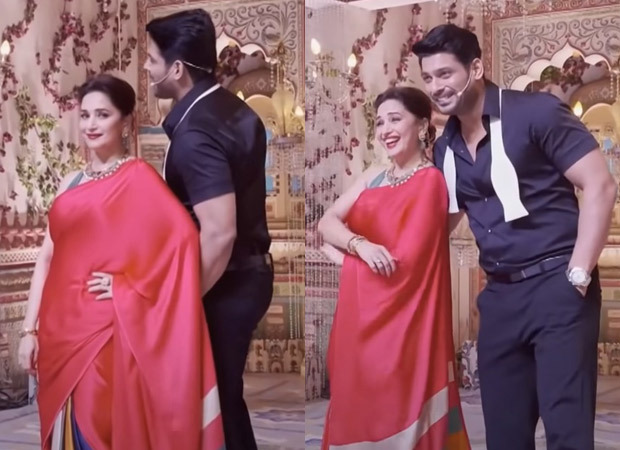 Madhuri’s video started with her having a cup of tea in the morning followed by her makeup artists and stylists helping her get ready for the day. She also gave a peek into her healthy diet.

Madhuri is seen dressed in a red saree which she had worn for one of the earlier episodes of Dance Deewane 3. She is seen posing for a photoshoot and then reaches the sets of the dance reality show which she judges. She is seen waving at the team on the set and starts preparing for her stint on the stage. She also takes us through behind-the-scenes of the shoot from that episode and she is seen practicing with late actor Sidharth Shukla.

In June, Sidharth had appeared on the show as a guest to promote his webs series Broken But Beautiful 3. Back then, Shukla had shared a reel of him dancing with Madhuri on the song 'Tera Naam Liya' from the 1989 film Ram Lakhan.

Sidharth passed away on September 2 following a cardiac arrest at his home. Madhuri had taken to Twitter and wrote, "It's just unbelievable and shocking. You will always be remembered. May your soul rest in peace. My heartfelt condolences to the family.”