Namaste England starring Arjun Kapoor and Parineeti Chopra began its shoot earlier this year in Amritsar. The cast and crew are currently on their international schedule in London. But, what makes this schedule even more interesting is the continuous banter between the lead actors and close friends Parineeti and Arjun. 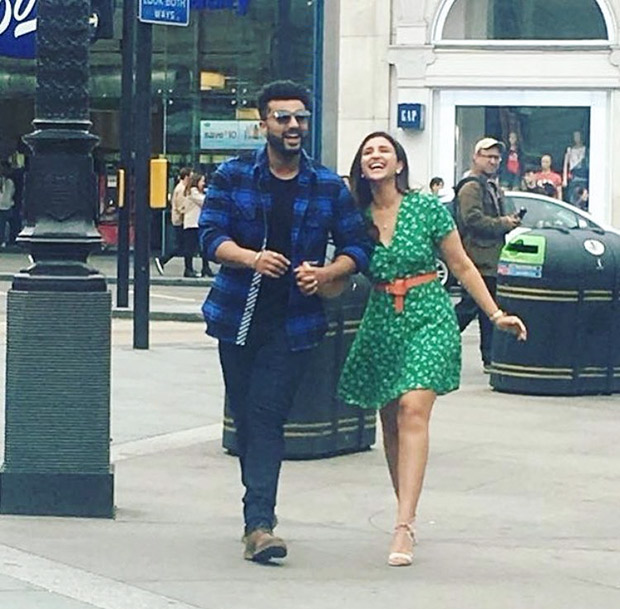 Arjun Kapoor, who made his debut opposite Parineeti Chopra in Ishaqzaade, is once again reuniting with her in this love story with Namaste England. They often try to pull each other’s legs which the fans absolutely adore. Either Parineeti is making fun of Arjun or he pokes fun at her. They have been sharing several videos on Instagram as they continue to mess with each other. They were recently shooting around Big Ben in London when Arjun could not making fun of Parineeti and there are several videos to prove it.

Just recently, it was revealed that the makers of Namaste England are spending a whopping amount for a song. The budget is said to be Rs 5.5 crore and the song 'Tu Meri Main Tera' will be shot across Bangladesh, Brussels, France, Paris, and London among many others. 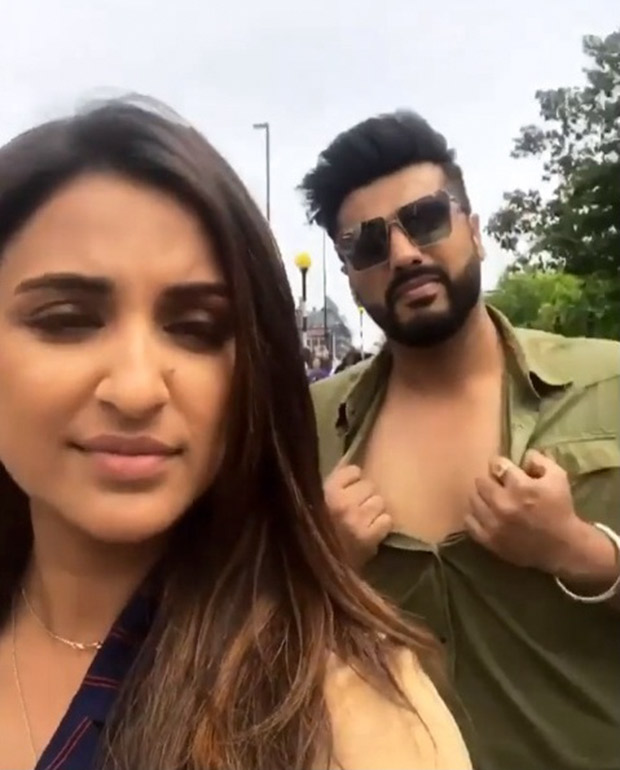 The film Namaste England is a young and refreshing story that traces the journey of two individuals Jasmeet and Param. In the last poster, the duo is seen all set to kick start their journey on a bike. It tracks their love story across the landscapes of India and Europe. Starting from Punjab and moving to Ludhiana, Amritsar, and Dhaka and all the way to their international locations.

Produced and directed by Vipul Amrutlal Shah, the film is presented by Pen Movies and Reliance Entertainment in association with Blockbuster Movie Entertainers. Namaste England is scheduled to hit the theatres this Dussehra, October 19, 2018.

Apart from Namaste England, Parineeti Chopra and Arjun Kapoor will once again star in Yash Raj Films' Sandeep Aur Pinky Faraar. Directed by Dibakar Banerjee, the film is slated to release on March 1, 2019.

I hereby urge all fans to notice and appreciate how much nonsense I tolerate from my co star. #NamasteEngland Repost @arjunkapoor ・・・ What glamour, what beauty, what a monument !!! @parineetichopra & her new co-star !!! @namasteengland

Also Read: Namaste England: This is the most EXPENSIVE track of the Arjun Kapoor, Parineeti Chopra starrer