It is not surprising that the love story of Arjun Kapoor and Parineeti Chopra will be filled with music in their forthcoming film Namaste England. But what we didn’t know about the album was that there will be one song that is considered as one of the most expensive works by Vipul Shah. The director-producer, after making this surprising revelation, also spoke about why this song is so important. 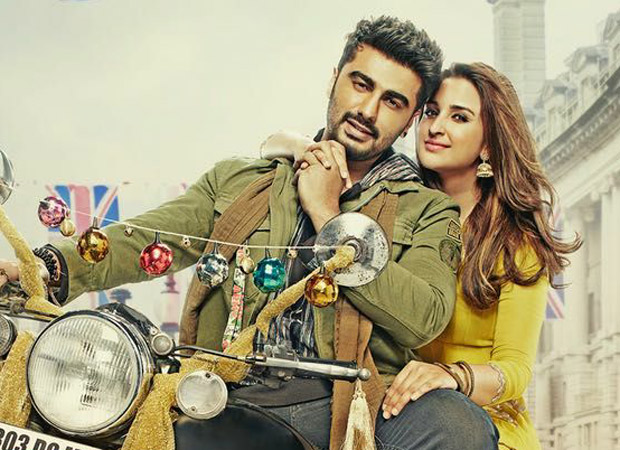 It is a known fact that Namaste England has been shot across varied locations. But the song, titled ‘Tu Meri Main Tera’ has been shot across continents. Speaking on the song, Vipul Shah said, “The song is an integral part of the film where we show Arjun and Parineeti’s characters travelling from Punjab to London. We did a lot of research and created an interesting route to reach our destination. We are showcasing it in real time. We started the journey in Punjab, and traveled to Bangladesh border, Dhaka, Brussels, Calais check post in France, and from there to Paris and London. Around 18-20 locations feature in the song. We have even shot in the middle of the sea".

Vipul mentioned that it is his most expensive song till date with reports claiming that it cost around Rs. 5.5 crores. He went on to add, “I generally don’t talk about numbers but yes, it is the most expensive song I have shot in my life. It was canned in over 11 days. I direct tracks that don’t require choreography by myself in my films and who better than Javed saab for a travel song. It’s emotional and high on quality. We will decide the singer once we’re back in Mumbai." The music is said to be composed by Mannan Shah.

Vipul Shah is all praises about his leading jodi and the chemistry that they share on screen. “This is Arjun and Parineeti’s second film together after Ishaqzaade and they are good friends who play pranks on each other all the time. I call them Tom and Jerry because they are wonderful together and that chemistry will be visible onscreen.”

While they are currently in the process of shooting it, the singers are yet to be finalized. Vipul Shah has asserted that they will finalize the singers once they return to Mumbai.

Speaking on Namaste England, the film is slated to release on October 19, 2018. Interestingly, Arjun Kapoor and Parineeti Chopra are coming together for another film, Sandeep Aur Pinky Faraar, which will be produced under the banner Yash Raj Films.

Also Read: Namaste England: Arjun Kapoor and Parineeti Chopra gear up to a party in this dance shoot