Salman Khan is soaring high on the success of Bharat and currently is shooting for Dabangg 3. Meanwhile, the actor is also busy with his productions as well. He is the producer of The Kapil Sharma Show and now he will also be producing another show, Nach Baliye 9 and this time with a twist. The ninth season of Nach Baliye will have a unique concept where the ex-couples will shake-a-leg together, first time ever in the history of Indian television. 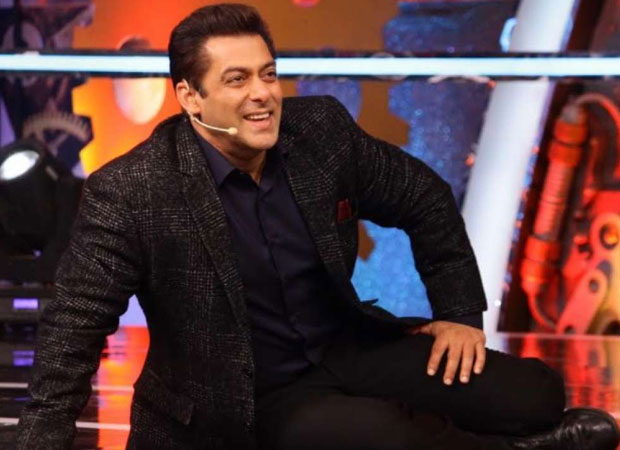 While the opening episode has already been shot, a leaked video from the sets of Nach Baliye 9 has surfaced online which is now going viral. Salman Khan is seen talking about his exes in this leaked clip. Salman can be heard saying, “Har koi mujhe koi murder mystery samajhkar mujhe solve karne ko nikalta hai. Life mein mujhe ab tak kya kya sunne ko nahi mila. Salman ne ki apni shaadi ki taareek announce..Apni shaadi ke sawaal par, Salman fir bhadke reporter par. Kya Salman ki agli film hogi unke kisi ex ke saath? Kaun hai woh badnaseeb joh hain Salman ka asli pyaar? Itne saare sawaal, aur koi jawaab nahi. Soch raha hu ki ab inn tamaam sawaalon ke tamaam jawaab de hi daalu. (Every one treats me like a murder mystery and wants to solve me. What all have I heard in life? Salman announced dates for his wedding, Salman got furious at a reporter when asked about marriage, will Salman work with an ex in his next film? Who is the unfortunate one to be Salman’s beloved? So many questions and not a single answer! I think I should answer all the questions now).”

The speculations are still rife as to who will be the judges for the upcoming season. While many contestants are yet to be announced, it has been revealed that TV actresses Urvashi Dholakia, Shraddha Arya, Madhurima will be coming together with their respective ex-partners. The ninth season of the show will be hosted by Jennifer Winget and Sunil Grover and is set to air very soon on Star Plus channel.