Salman Khan and Sonakshi Sinha are all set to return with their fan favourite characters - Chubul Pandey and Rajjo - with the third installment of Dabangg. The film is being helmed Wanted director Prabhu Dheva and Dabangg 3 will be bigger than ever. 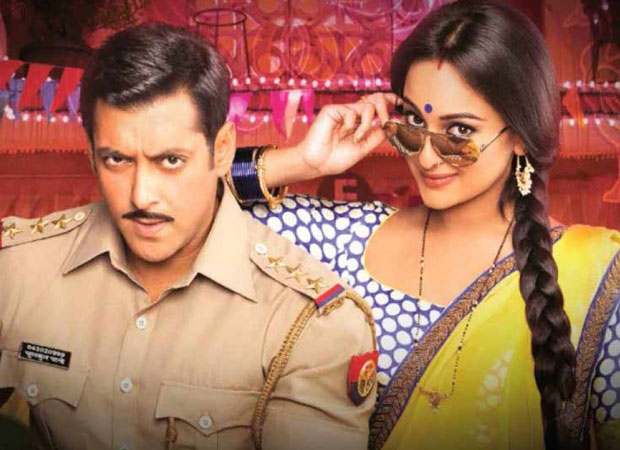 Recently, Sonakshi Sinha sat down with Bollywood Hungama where she exclusively spoke about Dabangg 3 and what can fans expect from it. When asked how different the film will be from the first two installments. She said. "It has to be different otherwise why will we make the same film again. It is different. The thing with Dabangg is that with every part, we give the audience something new. Because, of course, the characters have been so accepted and so loved like Chulbul, Rajjo, Makkhi, everyone. The characters remain the same; it's just that what is happening around them keeps changing."

Salman Khan is set to play Chulbul Pandey in his 20s as well. The flashback scenes will be a major part of the film and for the same, Salman will be shedding weight to look much younger. When asked about him and how much effort he is putting into the character, Sonakshi said, "It does go into the prequel. I am gonna keep the rest of it under wraps for now and not give out too much information. Yes, it's a prequel as well. Yes, he works so hard and it's so inspiring to see that."