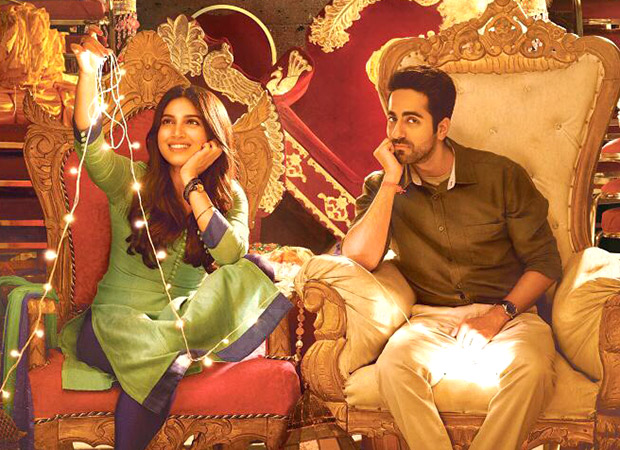 The film on erectile dysfunction has opened to glowing reviews. And its director R S Prasanna can’t stop heaving sighs of relief. “We were very sure we weren’t making a sleazy nudge-nudge-wink-wink film about a man who can’t get it up. It happens to so many of us. But no one talks about it, not in real life not even in the movies,” says Prasanna sadly, as he recalls shooting the idea to his wife.

“I asked her what do women find hot in men. She made me realize it is more important for a man to stand up for his woman than to stand erect in bed. Of course sex is important. But what really turns on women is to not an over-sized organ below the waist but the organ above the waist. A large heart in the right place is worth infinitely more for a woman than large reproductive organ,” says Prasanna.

Luckily for him, Ayushmann Khurrana agreed with him. “I had absolutely no problem in convincing him to do the film. He was my first choice. He had earlier done a film like Vicky Donor. So he wasn’t squeamish about addressing sexual themes. The redefining of the screen hero comes naturally to him. He knew he wasn’t playing the typical hero. He wasn’t afraid to show himself as vulnerable.”

Shubha Mangal Saavdhan was first made in Tamil as Kalyana Samaya Sadham. But the two versions of the same theme are completely different. “I made sure our writer Hitesh Kewalya didn’t watch the original Tamil film. I just gave him the essence of the original. You see, when I made the Tamil film I wanted to do a story set during a big Indian wedding. I wanted to do a crisis that the couple faces as the celebrations are on. While the Tamil version took us 45 days to write the Hindi version took 8 months. I wanted Shubh Mangal Saavdhan to be bigger on every level than the original.”

How did the idea of an erectile dysfunction come to Prasanna? “We normally don’t address sex-related problems for men. I mean, there isn’t even a medical term for men with sexual ailments whereas for women we have gynaecology. Why are we so coy about men with sexual malfunction? If a man can’t get it up why is that seen as a topic to be hushed up?”

Prasanna hopes Shubha Mangal Saavdhan opens up a dialogue on male sexual ailments. “We wanted to make a film about a couple who can’t have sex. But we didn’t want it to be sleazy. My producer Aanand Sir (Rai) believed in what we were doing. He told me, ‘Beta, you make the film that you want to’ He threw open the doors of his home for me. Made me feel comfortable.”

Now Prasanna is writing another film for Aanand L. Rai. The young director won’t tell what it is about except that it would again be issue-based. But he reveals what it won’t be about. “It won’t be about sex and it won’t be set during a wedding.”