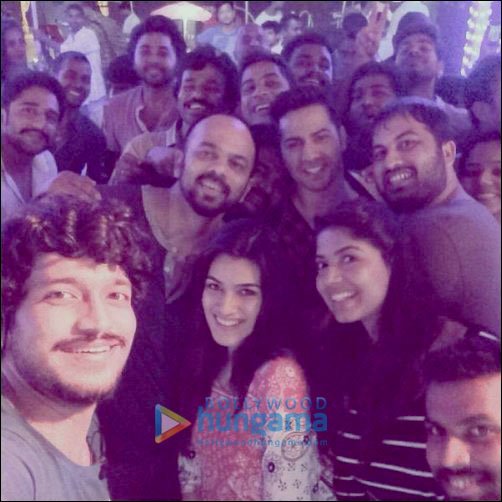 Kriti Sanon got a jumpstart in Bollywood last year with her debut opposite Tiger Shroff in Heropanti. The actress is again in limelight for signing Shah Rukh Khan starrer Dilwale. In fact the actress who will be seen opposite Varun Dhawan started shooting for the Rohit Shetty film recently.

Kriti Sanon, who seemed anxious for the first day of the shoot, expressed her feeling on twitter stating "My Day1 of #Dilwale .. Night shoot.. On my way..Excited..nervous..Wish me luck guys..! #FingersCrossed." Besides that, she also posted two images of the night shoot.