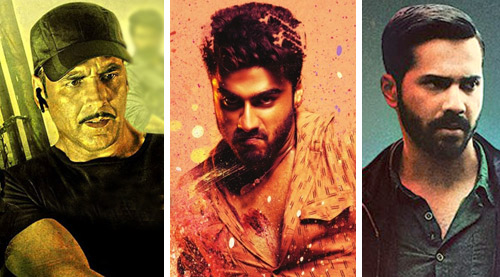 Besides the brilliant Baby, Bollywood has nothing in 2015 so far to crow about.

It has so far been a year dedicated to debacles and downright duds. Beginning with the big-budgeted masala film Tevar, the year has thrown up a string of disappointments in January and February, the latest being Sriram Raghavan's over-hyped Badlapur, which despite the hardsell by its team, has not shown the kind of box-office figures it was expected to. Experts say the year would go on to be recorded in the history of Indian cinema as among the worst in the living memory.

Echoing this sentiment, Anand Vishal, Head Of Operations Fun Cinemas says, "There seems to be a jinx on releases in 2015. Barring Neeraj Pandey's Baby, which has so far been the most successful film of 2015, none of the films has performed satisfactorily at the box-office."

When probed as to why business has dropped, Vishal says, "The audience has just not liked any film so far. In the multiplexes, the business is down by 6-8 percent as compared with last year during the same period in January and February."

Trade analyst Atul Mohan says, "So far, it has not been a very favorable year for Bollywood. There are many factors why films this year haven't worked. Severe winter in North India, the World Cup, children's exams, etc. has affected the box-office performance of some of the big-name projects."

Atul Mohan admits some of the bigger films got a decent opening, but faltered because of their high budget. "Those films that have scored have faltered on their budgets and can't be termed as money-spinners."

All hopes are now pinned on the purported blockbusters that come in the second-half of 2015 such as Kabir Khan's Bajrangi Bhaijaan, Sanjay Leela Bhansali's Bajirao Mastani, and Anurag Basu's Jagga Jasoos.

"Nothing in the coming weeks and months looks like a speed breaker for this disastrous year," says a trade expert.

Nicki Minaj reveals she gave birth to a baby…