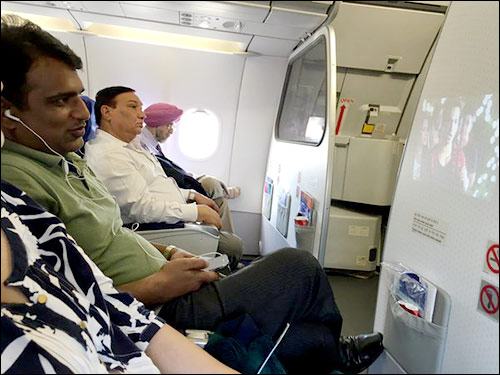 Bollywood and piracy have always been playing the cat and mouse game for ages now. Almost everyone who is associated with Bollywood has been shouting on top of their voice to stop piracy, but, the bitter truth is that all of these pleas seem to be falling on deaf ears. There have been many incidents reported on the same.

The latest incident took place when she was travelling to Delhi on a plane and she found that one of the passengers was watching a pirated version of Rohit Shetty's Dilwale (in which Kriti also plays an important role) on his phone. Wasting no time, Kriti politely asked the passenger to not indulge in such activities.

After that, Kriti Sanon posted an image of the incident on twitter saying, "Sad to c the hardwork of so many ppl bein watched in such pathetic quality!Pls enjoy films in cinemas #SayNoToPiracy'. Someone watchin pirated version of Dilwale in front of me on phone in the flight! Annoyed!! SayNoToPiracy'. Yup..told him politely tht he would enjoy the film more in a theatre. but he was busy showin off his projector!."