It seems like Kriti Sanon has landed herself in the middle of a huge controversy. The actress has been on the receiving end after a photoshoot for the magazine Cosmopolitan India featured her posing alongside a suspended giraffe. Though the said animal had perished due to natural causes and was later taxidermied, the image has rubbed quite a few netizens the wrong way. In fact, Indian stage & film actor Priyanka Bose took to the image hosting site berating both Kriti and the magazine for the insensitive shoot. If that wasn’t all, joining her were a host of others as well as known names like Dia Mirza and Freida Pinto who dissed the shoot. 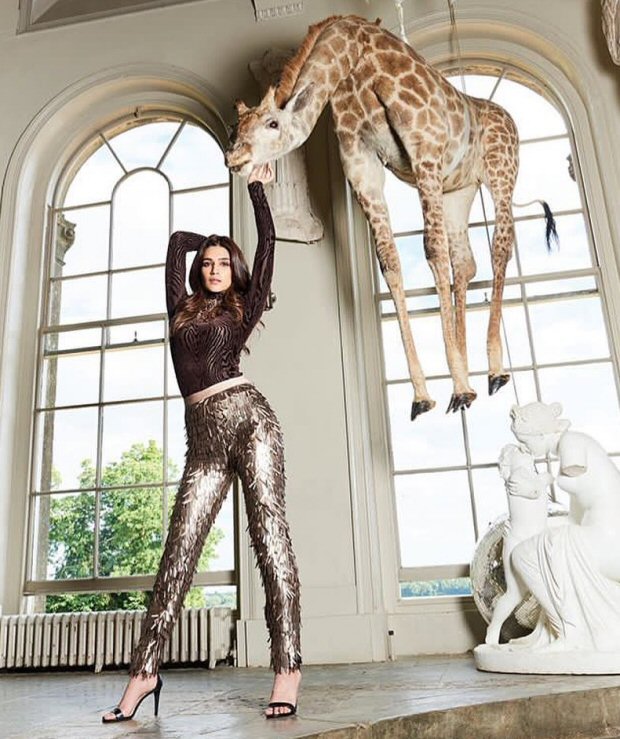 Sharing the image Priyanka Bose added, “Dear @kritisanon, firstly, I want to congratulate you on all your Bollywood success. I truly enjoyed watching your last film. @cosmoindia , thank you for supporting me through my career. I have grown up watching all the empowering things you have portrayed through the years. Images are powerful. Like words. They leave an impact. It has a presence that will linger on for years beyond our lives. I just want to understand, what about this image , is so iconic? An endangered, enigmatic beauty, hanging in the air like that, is not my idea of an aesthetically pleasing and empowering or steering anything. I am really asking you... in all sincerity... how does this go up as an icon in My history? In fact @cosmoindia you just disempowered @kritisanon and my generation a whole lot.”

Thanking Priyanka for elaborately derogating the shoot, actress and nature lover Dia Mirza thanked her for her post. Simultaneously, Freida Pinto too decided to speak up against the shoot saying, “@priyankabose20 I can’t thank you enough for raising your voice and saying it as its meant to be. Im not sure what the point of this image is...but it is very disturbing and quite a very poor representation of what an empowering image should look like.”

Back on the film front, Kriti Sanon who was last seen in Bareilly Ki Barfi will next be seen in Luka Chuppi, Arjun Patiala, Panipat and Housefull 4 along with a special appearance in Kalank.

Also Read: STREE: Kriti Sanon to do an item number along with Rajkummar Rao in this Shraddha Kapoor film