Koffee With Karan 7 saw Punjabi men Sidharth Malhotra and Vicky Kaushal grace Karan Johar's show where they spoke about films, their love lives and had a lot more fun conversations. During the episode, Karan really teased Sidharth a lot about his rumoured relationship with Kiara Advani. The two actors began dating after starring in Shershaah. 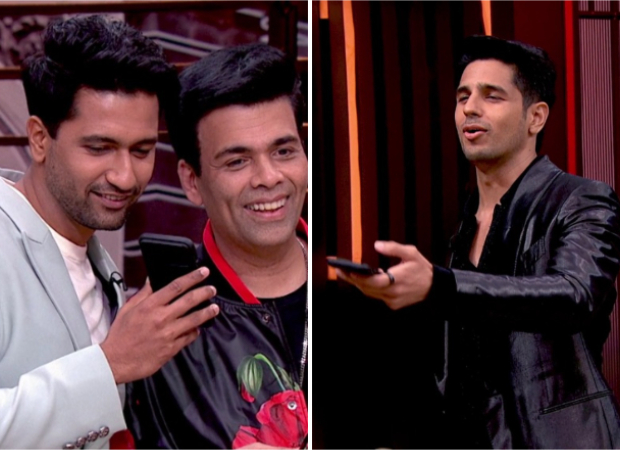 During a segment filmed at the new Glam Zone, Karan told Vicky and Sidharth to call their celebrity friends and ask them to say, “Hey Karan, it’s me!" While Sidharth struggled to get network, Vicky called Kiara, who is his co-star in Govinda Naam Mera. Vicky quickly made a phone call while made both him and Karan Johar laugh as Kiara picked up his call and not Sidharth's call. “He has called Kiara," Karan quipped as Sidharth said, “One second, the call is not connecting guys."

Karan then teased Kiara on the call, “You are just back to Bombay. We saw at the airport." For the unversed, Kiara recently celebrated her birthday in Dubai. Sidharth Malhotra was on the trip and so was her family. Several photos had gone viral from their vacation. “Guys, what is this?" Sidharth asked. “I’m feeling really bad," said Kiara. Karan responded, “Yeah, you are feeling bad because Sid’s got no network." Then, Kiara Advani called up Sidharth to ensure he doesn't lose the game. Though he did lose the game by few points.

On the work front, Sidharth Malhotra will be next seen in Thank God and Indian Police Force. Vicky Kaushal will next star in Govinda Naam Mera with Kiara Advani and Bhumi Pednekar, a film with Manushi Chillar for YRF and another one with Sara Ali Khan and Laxman Utekar.