The new season of Karan Johar’s entertaining celebrity chat, Koffee With Karan is surely making headlines. While Hardik Pandya and KL Rahul episode stirred quite a controversy, siblings Shahid Kapoor and Ishaan Khatter episode was quite a delightful. Now, another set of siblings will be making their appearance. It was earlier revealed that Abhishek Bachchan will be appearing with sister Shweta Bachchan to have a lovely chat with their childhood friend Karan Johar. 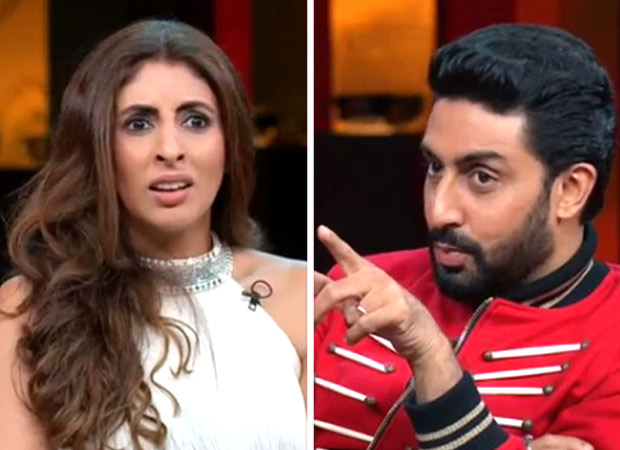 The promos from the upcoming episode are out and both Abhishek Bachchan and Shweta Bachchan Nanda bring their A-game to the coffee couch. The teaser also gives a sneak peek into the rapid-fire round in which Karan asked Abhishek who is he more scared of – wife (Aishwarya Rai Bachchan) or mother (Jaya Bachchan). While Abhishek answered, ‘mother,’ Shweta quipped “wife”. To which, Abhishek responded, “This is my rapid-fire, be quiet.” During Shweta Bachchan Nanda's rapid fire round, Karan asked what she tolerates more about her brother. To which, she replied, “I tolerate his sense of humour.”

The Bachchan siblings bring their A-Game to the Kouch. It's #KoffeeWithBachchans this week on #KoffeeWithKaran.

Rashami Desai is all smiles as she…