Love Bebo, hate Bebo but you can’t possibly ignore Bebo. Kareena Kapoor Khan is currently holidaying in South Africa with munchkin Taimur Ali Khan and well, they are having the time of their lives. After all, Taimur Ali Khan turned two recently and there is all the reason to celebrate for the Pataudi family. While Kareena is enjoying her vacation, she is conspicuous by her absence in the film circuit. Her BFF Rhea Kapoor was invited on the couch with siblings Sonam Kapoor and Harshvardhan Kapoor and they were a HOOT. In the latest promo, they had a lot of fun pulling each other’s leg! 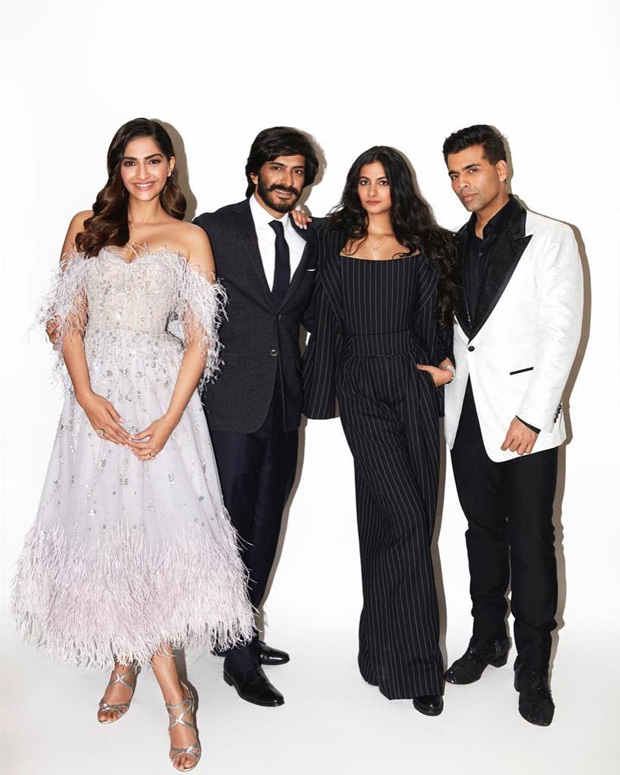 First, they started off with taking a dig at Anil Kapoor. Karan Johar said, “I don’t think anyone really understands what Anil Kapoor is really all about,” Rhea seconded him as she said, “He just wants to be the best!”. Karan said that Anil Kapoor is all about self-love and he looks in the mirror and says, ‘You’re gorgeous’. But this is not what he says actually. Rhea gives the correct expression, ‘Killing it!’

Further, Anil came on screen and asked her to imitate Kareena. After a lot of coaxing, she agreed. Rhea said, “What now to rehearse, it’s not Mughal-e-azam!” in Kareena’s tone. Rhea produced a movie of which both Kareena and Sonam were a part of. Veere Di Wedding was a comeback movie for Kareena after she had Taimur and it sure was a memorable one, even box office wise.

The stylish siblings get candid about couture, cinema & dad, next Sunday at 9 PM on #KoffeeWithKaran.