Rohit Shetty is gearing up for the release of his upcoming film Simmba starring Ranveer Singh and Sara Ali Khan in the leading roles. The film is a mass entertainer along with the core subject of sexual harassment against women. During the promotions of Simmba, Sara Ali Khan and Rohit Shetty both revealed how Sara was cast in the film. 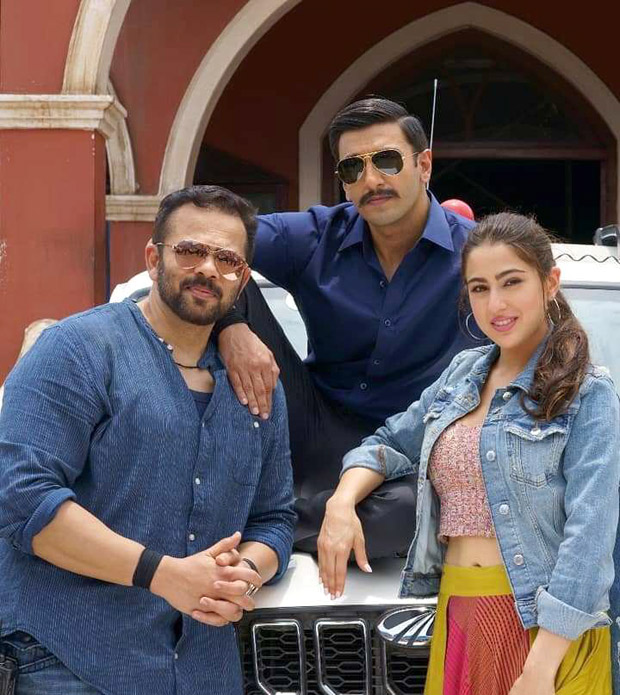 Ahead of the release, speaking to Bollywood Hungama about approaching Rohit Shetty directly through texts, Sara Ali Khan revealed, "I am a huge Rohit sir fan. I aspire for versatility, and I mean it. I messaged Rohit sir thrice and he responded on the third message. I think he is the king of commercial cinema. So, knowing that Rohit sir and Ranveer Singh were coming together, I had to."

When asked Rohit Shetty how Sara was roped in, he said, "Nobody approached Sara. She approached us herself. She literally cooked my brain by messaging me so many times. Sara happened because of Gattu (Abhishek Kapoor, director of Sara’s debut film, Kedarnath) because he also called me and asked me to cast Sara! He took the initiative and told me to watch some footage of ‘Kedarnath’ that they had already shot. Then I saw it and called her."

There were issues with Kedarnath before the release. Until the date wasn't finalized, it was rumoured that Kedarnath would get postponed and Sara Ali Khan's debut will be Simmba. But, all things were sorted and Kedarnath released three weeks before on December 7. When asked whether he wanted Sara to be launched in his film or Kedarnath, he said, “I wanted Kedarnath to come first. When Kedarnath had some problem and we had started shooting, she used to ask me, ‘Will you put my name as launching or introducing?’ and I would say, that ethically it would be wrong and that credit will be Gattu's (Abhishek Kapoor). I'm very happy Kedarnath came first.”

Directed by Rohit Shetty, Simmba will hit the screens on December 28, 2019.