Karan Johar's show Koffee With Karan season 6 will see the modern day heroes - Ayushmann Khurrana and Vicky Kaushal – making their debut on the entertaining show. As the two heroes have had incredible last two years, Ayushmann made an interesting revelation on the show on how Karan ignored him during his struggling days. 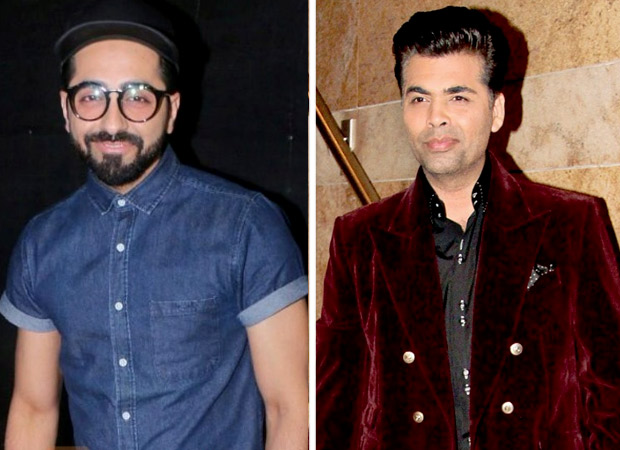 In the upcoming episode of Koffee With Karan, Ayushmann Khurrana will reveal that during his radio jockey days, he had interviewed Karan Johar. This was also the time when he was trying to get into films. After the interview, Ayushmann had asked for Karan's number and said that he wanted to become an actor. Karan had given him a landline number. When Ayushmann called the number the next day, someone responded saying that they don't audition newcomers and outsiders or something similar to that.

Karan, who tried to redeem himself, said that it was very sweet of him to give him the real landline number. He said that he might have seen potential in Ayushmann. To this, the actor quipped that the point was to contact the filmmaker but he couldn't. When Karan asked why did he wait so long to tell this story, Ayushmann responded saying that as an RJ, he was free to say anything but as an actor he had to think before saying anything.

This year has been stupendous for both Ayushmann Khurrana and Vicky Kaushal. Ayushmann delivered two hits in the same month with AndhaDhun and Badhaai Ho. Vicky saw success on digital platform with Love Per Square Foot and Lust Stories and on big screen with Sanju and Raazi.

Rashami Desai opens up about the bias…