The latest season of Koffee With Karan has created quite a stir ever since the sixth season aired. While some guests have made national headlines, some have been very diplomatic. This coming Sunday, one will see two handsome hunks Sidharth Malhotra and Aditya Roy Kapur grace the couch. 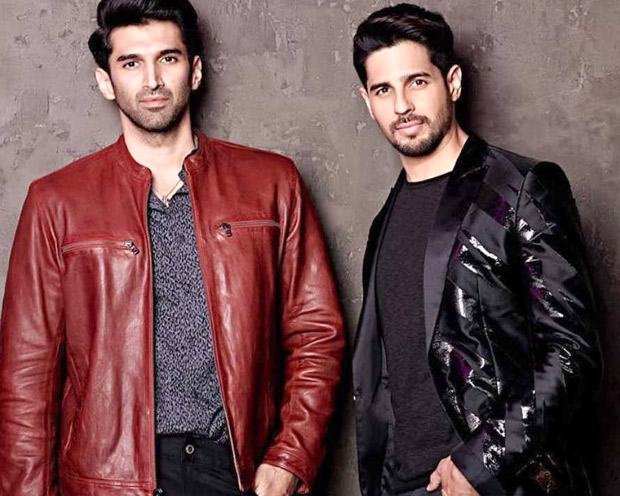 And it seems that boys are here to have fun. The actors are seen in the fun game segment as they compete against each other. In the promo, during the rapid fire round, Sidharth Malhotra is asked by Karan that which Bollywood actor he would like to have a sibling. To which, he responded by saying Saif Ali Khan. When asked which actress he would see as his wife, he swiftly replied by saying Kareena Kapoor Khan. This left Karan Johar in shock as Aditya Roy Kapur cracked up.

Well, it seems like the upcoming episode will be filled with a lot of entertainment and gossip.

Meanwhile, on the work front, Sidharth Malhotra will be seen in two movies this year – Jabariya Jodi and Captain Vikram Batra biopic. Aditya Roy Kapur has a couple of movies lined up including Kalank, Anurag Basu’s next and Sadak 2.

Also Read: Koffee With Karan 6: Rajkummar Rao on why he isn’t getting married to Patralekhaa, Bhumi Pednekar confesses she wouldn’t mind link up rumour with Aditya Roy Kapur