Shah Rukh Khan and Salman Khan's bromance is the stuff of great poetry. Sure, they've had their ups and downs like any relationship but they have evolved to be best friends and mentors to each other. Both are superstars in their own right and have a different fanbase but they have made sure to pick each other up in the lows of their lives and their friendship has got stronger with every year. Recently, SRK spoke about how only Salman Khan encouraged him when his Dilwale Dulhania Le Jayenge had come out and he was just about starting as a romantic hero. Little did anyone know that he would be called the King Of Romance. No one believed in him but Salman! 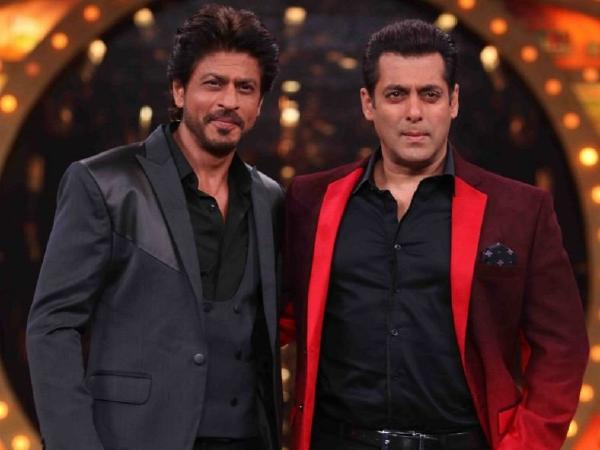 Shah Rukh Khan revealed  that he was the only one who thought that he was great in DDLJ. He said that at the premiere of Dilwale Dulhania Le Jayenge.He had a couple of friends sitting beside him.

There is a scene in the movie where he says to himself that “agar yeh tujko pyaar karti hai toh palat ke dekhegi. Palat, Palat, Palat.” And at that point, his friend told him it looks like his character will kill the girl as he did in Baazigar. They also said that if he weren’t in this film, it would do really well. At that point, SRK felt very sad. He added that the only person outside production who saw the film and said 'it's a great one' was Salman Khan

Shah Rukh Khan's last film was Zero. After its box office failure, he has not officially signed any film yet.