Shah Rukh Khan who is facing a bit of a slump lately in his career was asked if he would do more than three or four films this year. SRK was further asked if he would emulate Akshay Kumar or better still, team up with him for a movie! The Zero start said that he would definitely love to work with AK but there is just one big hurdle coming in between this: Their timings! Now we know King Khan has an erratic schedule and he is awake the whole night. He is self confessed nocturnal being which is opposite to what Akshay Kumar is! SRK said he would love to be a part of a project with Akshay but it would be difficult to get them on sets as he would be coming and Akki would be wrapping up and leaving. Everybody knows Akshay is a strict disciplinarian and he loves to stick to his routine which is quite different than Shah Rukh! By the looks of it then we would never see Akshay and Shah Rukh together in a film! 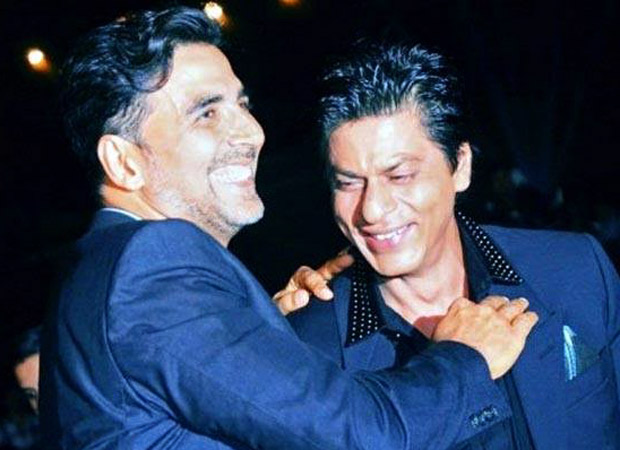 On work front, Akshay Kumar has Mission Mangal, Kesari and Good News in the pipeline. He is currently working on Good News with Kareena Kapoor Khan. The two stars have teamed up after a span of eight years and it is indeed exciting for the masses to see this! He also has Rohit Shetty's Sooryavanshi lined up which will have a Singham-Simmba collaboration!

Shah Rukh Khan on the other hand pulled himself out of the project, Saare Jahan Se Accha, after the failure of Zero. He is more cautious now in choosing his films and has taken a step back to re-evaluate his career.