Last Updated 09.08.2022 | 1:49 PM IST
feedback language
follow us on
Bollywood Hungama » News » Bollywood Features News » Khatron Ke Khiladi 12: Shivangi Joshi is all set for a ‘dhamakedaar’ entry as she turns biker on the sets of the reality show

The COLORS show Khatron Ke Khiladi which is all set to premiere this weekend promises to make it a power-packed ride. Audiences are expected to get a glimpse of stunts that will give them goosebumps and it will be unveiled by the action filmmaker and host Rohit Shetty. In this promising season, in a twist of tale, the ‘bahu’ from Yeh Rishta Kya Kehlata Hai, Naira aka Shivangi Joshi will turn daredevil for the show. In fact, she wants to kick off this new avatar of her from the first day itself. Sources reveal that the actress will be seen surprising everyone with her grand entry in the first episode on a bike like an absolute ‘Khiladi’. Khatron Ke Khiladi 12: Shivangi Joshi is all set for a ‘dhamakedaar’ entry as she turns biker on the sets of the reality show

A source close to the actress confirmed the development adding about what we can expect from her on the show. The source said, “She is making her debut into the world of reality television with this show. Although she is known for playing warm and positive characters on screen, she will now revamp herself and will be seen in a bold new avatar in Khatron Ke Khiladi 12.  She will not just face her fears but also be seen facing the crocodiles, taking shocks and a lot more on the show that will surely leave her fans impressed.” 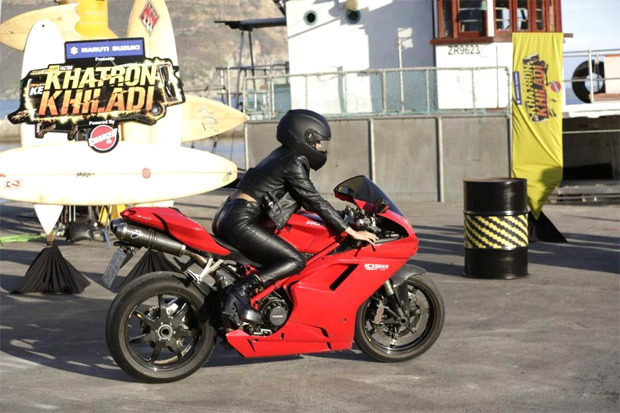 Shivangi Joshi became a star with the Star Plus’ show Yeh Rishta Kya Kehlata Hai where she was paired opposite Mohsin Khan. The actress played the role of Hina Khan’s character Akshara’s daughter.