The hangover of the success of KGF Chapter 1 continues even today as the stars have already jumped into Chapter 2. Considering the stupendous victory of the last chapter, the excitement only keeps getting stronger for Rocky Bhai to return! Yash recently decided to speak about KGF Chapter 2 in recent reports where he asserted that this one will be a bigger and better film. 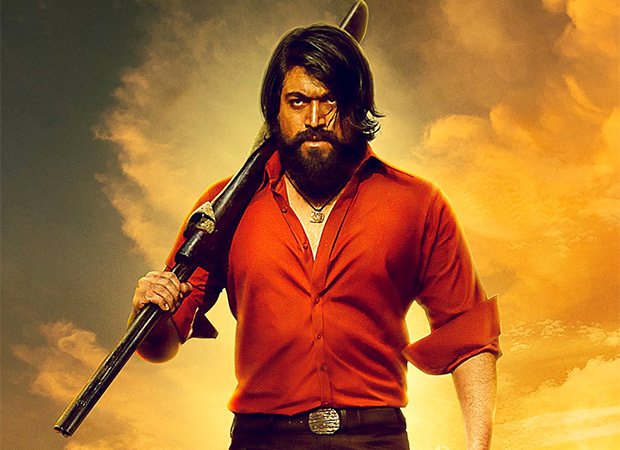 Readers would be aware that the makers of this Sandalwood film are planning to make it in the form of Baahubali that is a two part film series. KGF Chapter 1, which released earlier in December 2018, opened to rave reviews and the anticipation has only increased with time. So when Yash announced that KGF Chapter 2 has gone on floor, audiences couldn’t hold their excitement! Now, the actor has dished out some interesting details about the same.

While Yash too expressed that he is thrilled to turn Rocky bhai again, he described that he can’t wait to unleash the monster. He also asserted that though he is expected to join them in May for the shoot of the film, the makers have already started prep for the same. In fact, he believes that the team doesn’t require much time to do the prep because everything is ready since the film will take off from where KGF Chapter 1 has ended.

KGF Chapter 1 released in Kannada, Tamil, Telugu, Malayalam and Hindi. It was co-produced by Farhan Akhtar and Ritesh Sidhwani’s Excel Entertainment and this was their first South project. The film, directed by Prashant Neel stars Srinidhi Shetty as the leading lady. KGF Chapter 2 is also expected to feature some Bollywood actors too. As per earlier reports, buzz was that Sanjay Dutt has been locked in for the second instalment but there has been no confirmation on the same.

Also Read: Woah! KGF star Yash has a DOPPLEGANGER and the internet can’t keep calm about it! [See photo]