The show Kaun Banega Crorepati has entered its eleventh season with none other than Amitabh Bachchan playing the host. Since the series started, KBC has enjoyed an ardent following with viewers tuning in to watch the show without fail. Well, we hear that recently shooting for a yet to be aired episode of KBC 11, Amitabh Bachchan was so moved by one of the contestant’s dreams of winning the show, that he gifted her a new phone. 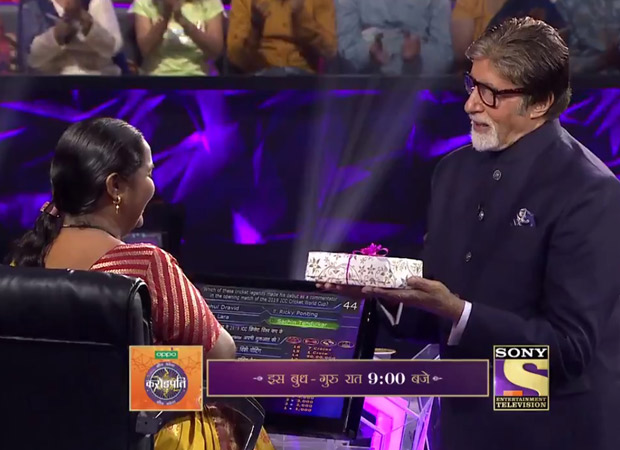 Apparently, the soon to air episode of KBC 11 will see Babita Tade vying for the jackpot Rs. 7 cr prize. As customary, host Amitabh Bachchan asked Tade what she intends on doing if she won the same. It was Babita’s innocuous response that moved the host to this special gesture. In fact, when asked what she would do after winning, Babita who is a mid-day meal cook stated that she would like to buy a phone, since currently the entire family shares just one. On hearing this, Amitabh Bachchan decided to gift Babita a new phone!

Babita Tade will win over all of us along with ₹ 1 Crore with her humble outlook and noble intentions. Watch her play on #KBC, this Wednesday and Thursday at 9 PM @SrBachchan pic.twitter.com/QP7MrmEyU9

As for the episode itself, featuring Babita Tade the episode will be aired on Wednesday and Thursday on Sony TV at 9 pm this week.