Ever since its inception, the popular TV game show Kaun Banega Crorepati has managed to grab the attention of its audience. The show has given a golden opportunity of making money to many. Participants from all corners of the country come and try to fulfil their dream of becoming a millionaire by sitting on the hotseat. 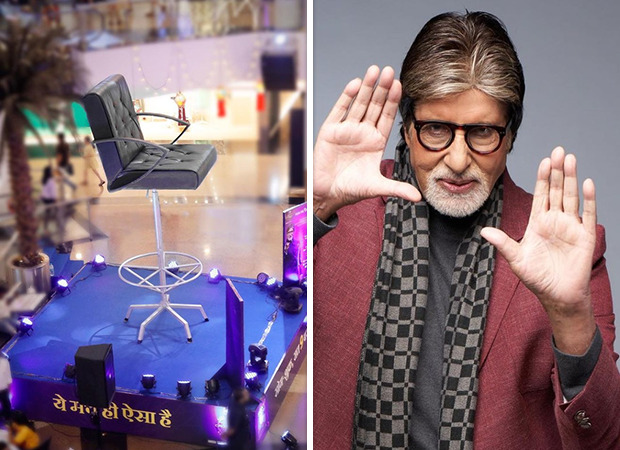 As Sony TV launched the 14th season of KBC, the latest season also bagged the same amount of love from the audience. Recently, the stage of ‘KBC’ has been made in a mall in Mumbai. A 16 feet long hotseat has been built on the platform. It seems like the host of the show Amitabh Bachchan is quite excited about this.

A section of fans started praising Bachchan for hosting KBC. One of the comments read, ‘You have a valuable contribution in making this KBC platform. It is because of you that the most successful show of 22 years in India got this honor. Kudos to you for your dedication, efforts and incredible hosting.’ Meanwhile, many were asking about the mall at which the model is installed.

For the unversed, in conjunction with the recent launch of the campaign "Ye Manch Hi Aisa Hai' and celebrating the festival of lights, Diwali, the channel installed a massive hotseat setup at Infinity Mall in Malad, on Sunday, October 23, and Monday, October 24, 2022. The hotseat would also be visible at Viviana Mall, Thane West on October 25, Tuesday and October, and Wednesday, October 26 for all to see.

Sony Entertainment Television's KBC 14 that airs every Monday to Friday at 9 PM.