The ensemble cast of John Abraham, Arjun Kapoor, Disha Patani, and Tara Sutaria come together for the first time in Ek Villain Returns. The film, directed by Mohit Suri, features them in grey shaded roles and the trailer of the film gained a lot of momentum owing to its music and chemistry between characters. For the first ever, Rubik Cube artist Selwyn Santmajor, who is quite popular on social media for his talent, paid tribute to the film in his own style. 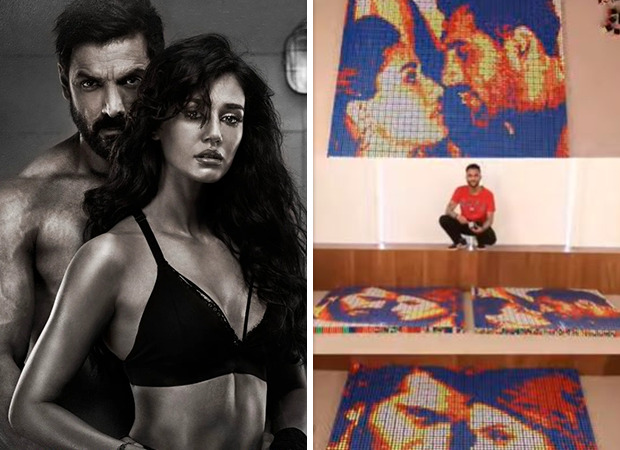 Selwyn Santmajor created massive posters of Ek Villain Returns by arranging Rubik Cubes. The talented artist showcased the intense chemistry between the lead couples in these posters. According to his post on Instagram, it took him 10 hours to create these 10 feet posters of John Abraham and Disha Patani as well as the Arjun Kapoor and Tara Sutaria. He shared this post on Instagram adding, “After 10 hours and 1144 Rubik's Cubes later, the look of this 10ft x 5ft portrait of the Villains will keep you stunned! ? #EkVillainReturns.”

Coming from the house of T-Series and Ekta Kapoor, Ek Villain Returns is a standalone sequel to its predecessor Ek Villain. The recent film features John Abraham, Disha Patani, Tara Sutaria, and Arjun Kapoor in lead roles which each character holding back a part of their life as mystery. The film seems to have kicked off fairly at the box office and last evening, owing to the response, producers Bhushan Kumar and Ekta Kapoor as well as actress Disha Patani were seen distributing sweets to the media. The film, directed by Mohit Suri, released on July 29.