Making a grand entry on hit songs such as, ‘Dus Bahane’, ‘All Is Well', ‘My Dil Goes’, ‘Main Agar Kahoon’ and more will be celebrated singers Shaan and Sonu Nigam who will be seen on Kaun Banega Crorepati 13’s Shaandaar Shukravaar episode this Friday. Giving a musical touch to Sony Entertainment Television’s distinguished game show, the coveted singers will be seen on the hot seat and will be playing the game along with the host and superstar Amitabh Bachchan. 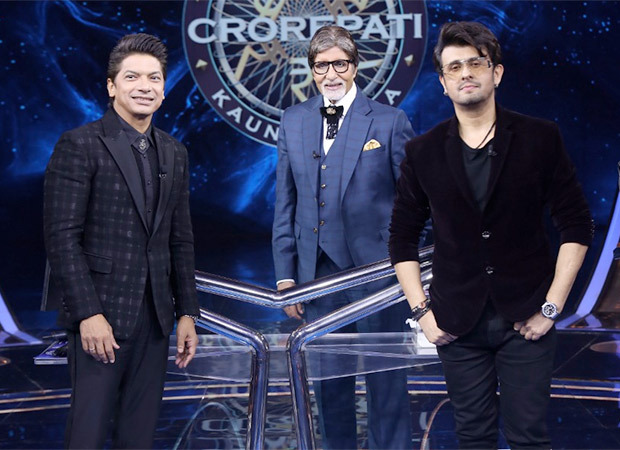 Shaan and Sonu Nigam who were eager to be a part of the show, will not only be seen playing the game with zest but also share various personal anecdotes and cherished moments from their time in the industry. Making the gameplay more exciting, Amitabh Bachchan will be seen putting a special rule for the guests where he will be seen urging them to sing a song whenever they complete a ‘Padav.’ Amping up the entertainment quotient in the show, Shaan and Sonu Nigam will be seen playing Antakshri with the legend – Mr Bachchan and also sing gazals on the show.

Apart from playing the game and sharing some fun moments, Shaan and Sonu Nigam will be seen donating the winning amount to the trust of Ashok Kumar.

ALSO READ:Kaun Banega Crorepati 13: “To hide the indication of my caste”, says Amitabh Bachchan as he reveals the story behind his surname