Kartik Aaryan will next be seen in the film Dhamaka which will present him in a totally different light. Directed by Ram Madhvani, the film made for Netflix will see Kartik play a news anchor. While Netflix has not announced a release date for the film, Kartik on Monday night said that it will be a birthday treat from his side. 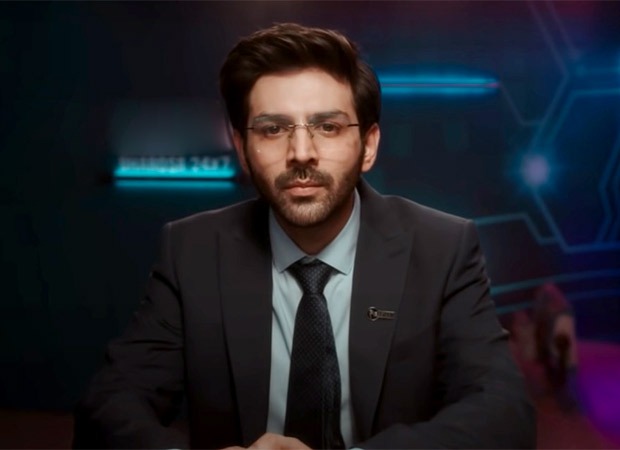 Bollywood Hungama had earlier reported that Dhamaka will be premiered in November and Kartik's birthday falls on November 22. On Monday night, Kartik held a QnA session on Twitter amid a worldwide outage of Facebook, Instagram, and WhatsApp. Most of the questions received by the actor were about the release date of his upcoming film Dhamaka. Answering to one of the questions, Kartik said, "Wait for my bday treat" with a wink-eyed emoji.

This tweet by Kartik has got the fans excited and hoping for the film to drop on November 22 on Netflix. The actor will be celebrating his 31st birthday this year. After the actor conducted #AskKartik on Twitter, his name started trending on the micro-blogging site in no time.

Dhamaka which is directed by Ram Madhvani is said to be a remake of The Terror Live, a 2013 South Korean film. The story of the film revolves around a news anchor played by Kartik Aaryan who tries to use a terrorist attack in order to boost his career.

ALSO READ: “I found him to be a hungry actor wanting to give his best”, says Ram Madhvani on working with Kartik Aaryan in Dhamaka