In 2011, Kartik Aaryan rose to fame with his monologue on what boys go through in a relationship. Girls across the nation found a new chocolate boy in Kartik Aaryan. Now, the actor is trying to shed the image that he built with films like Pyaar Ka Punchnama and Sonu Ki Titu Ki Sweety and is looking forward to experiment with his roles. He is currently shooting for his upcoming film Pati Patni Aur Woh. 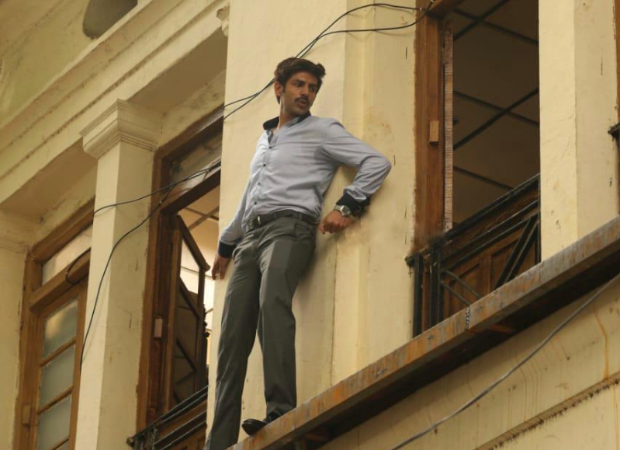 Kartik Aaryan has been shooting for the remake of the BR Films classic in Lucknow for quite some time now. According to sources close to the film, he had to shoot a sequence on the second floor of the exterior of a building. The makers of the film wanted to take safety measures and asked for a harness while shooting the scene. However, the actor rejected this plea. Kartik Aaryan convinced his director that he would do the scene without the harness as it would save up some extra cost in post-production. The entire team was shocked and surprised at his demand.

Despite the filmmaker not ready for this kind of danger, Kartik went ahead and did the scene without a harness. Now that the thorough professional he is and also being a complete Akshay Kumar fan, Kartik Aaryan completed shooting for the scene safely. Looks like we have another daredevil in the making.

Off late, Kartik Aaryan has been flying back and forth to the city as his father is hospitalized. He’s not taking a day off from his Lucknow schedule but balancing his personal and professional life perfectly.