It is a known fact that an actor’s star status is further consolidated when a film of his finds huge acceptance in the satellite world as well. This is what Kartik Aaryan is indeed elated about, what with his Luka Chuppi managing to become one of the most watched films on its satellite premier. 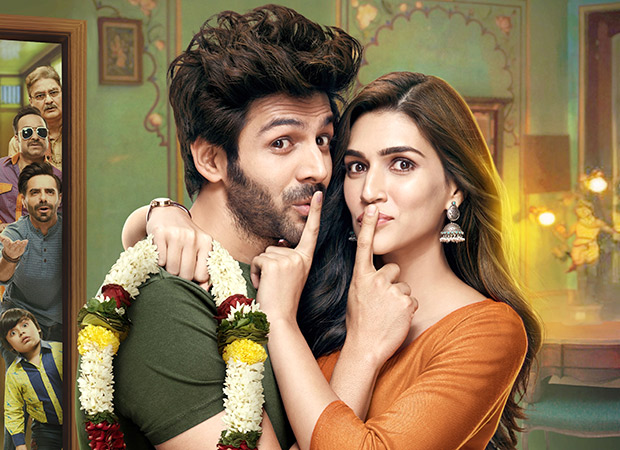 The film was a major success in theatres as well and was a superhit with collections almost reaching Rs 100 crore mark. This was the third straight biggie by Kartik after Pyaar Ka Punchnama 2 and Sonu Ke Titu Ki Sweety. While these films were big as well on the small screen, especially in the digital streaming circuits, Luka Chuppi has further hit the roof with huge impressions on its satellite telecast.

The views are in fact next only to much bigger films like 2.0 and Total Dhamaal, which pretty much tells the tale. As a matter of fact this Dinesh Vijan production has done even better than the likes of Sanju, Uri - The Surgical Strike, PadMan, Raid and Race 3 in the satellite arena. This is pretty much a testimony of how despite being smaller in scale and size, the film has found a bigger audience, something that signifies the rising status as a star for Kartik Aaryan.

Also Read: EXCLUSIVE: Kartik Aaryan reveals details from when he was REJECTED at his 1st audition